Alicia Ross is a mixed media artist from Cleveland, Ohio. She takes cross stitch and electrifies it.

From her site: “For nearly a decade, Alicia Ross has been juxtaposing the fetishistic and conceptual into her own ideology of body and self, proposed within the context of public and private viewership. Beginning her career as a two-dimensional image-maker, her work has evolved to encompass various facets of multi-media and conceptuality.” 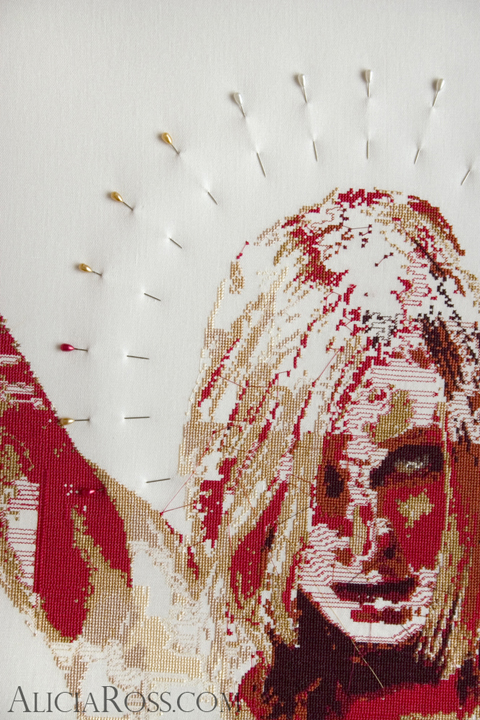 The Motherboard series, featured here, explores voyeurism primarily through electronic media, and delivers pieces that are akin to static charges; in the same way as a static shock comes from nowhere and reminds you of hidden power, Alicia’s works reminds us that this medium is far more versatile than we might think. Her pieces shock you, but it’s not the content that shocks, it’s the form. Awesome. 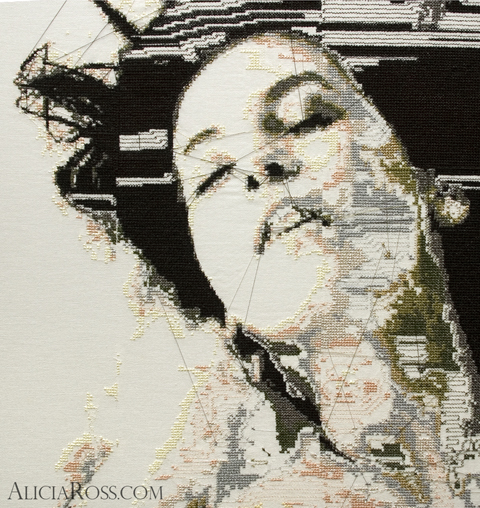 Alicia exhibits across the world, and regularly picks up awards on her way. If you’re in New York, you can see her work at The Bridgehampton Historical Society from July 10th to 12th. I would urge you to do so.

You can find out more about Alicia at her website, where you can see her other works and be as awestruck by this stuff as I am.