Ami Grinsted is a textile artist from Cornwall. She recently participated in the New Designers 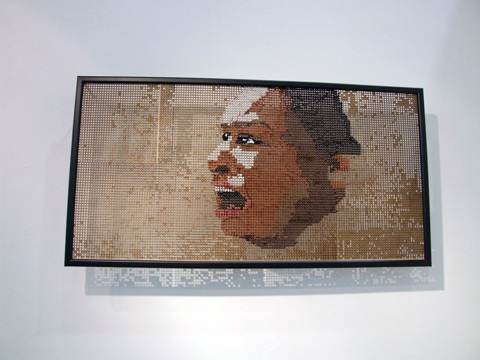 “Her Egyptian Revolution series is inspired by The Egyptian Revolution, which took place on the 25 January. A campaign of non-violent civil resistance, which featured a series of demonstrations, marches and labour strikes. Protestors demanded the overthrow of the regime of President Hosni Mubarak who promised to help the under privileged and the poor with social justice and economic revival. Despite peaceful protest, the revolution was not without violent clashes between security forces and the protestors. On the 11 February after weeks for protest Mubarak resigned from office. 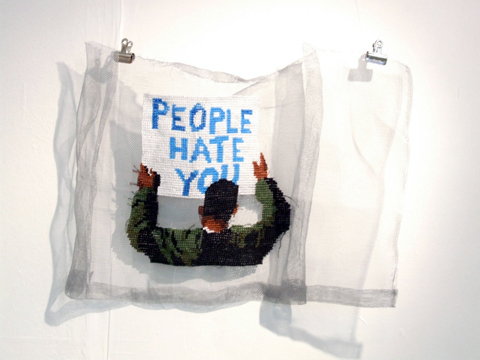 “Ami uses her needle and thread as a drawing tool. This series focuses on the protestors themselves and tells the story of the events through hand-sewn illustrations sourced from newspapers. Ami finds peoples expressions and features very interesting and tries to capture their emotions in her work. 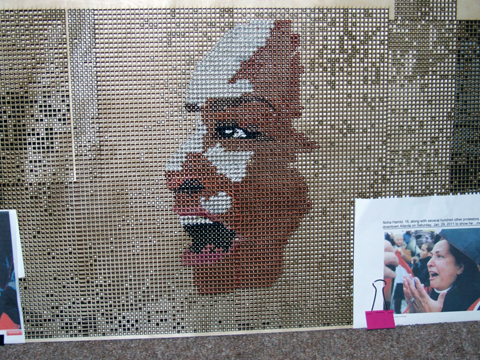 “Ami uses the aid of laser cutting technology as well as hand drilling techniques in conjunction with updating traditional methods of hand-sewn embroidery that stretch the boundaries of her materials. Occasional loose threads and areas left empty connect the viewer to the making process and remind us that the news is forever changing, she enjoys the journey from start to finish, Her work requires a huge amount of dedication, not only because of the intricacy of the medium, but also due to the physical nature of working on a wooden and metal surface.” 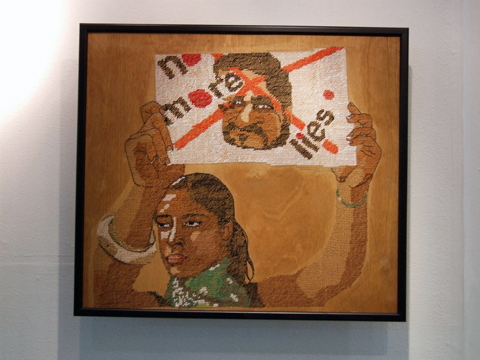 I get quite excited by Ami’s work. She uses embroidery as a form of political expression, just like the good old days, and explores messages that are all too relevant to our current situation. As peoples anger at oppression continues to blossom, these messages that Ami embroiders could appear virtually everywhere these days. 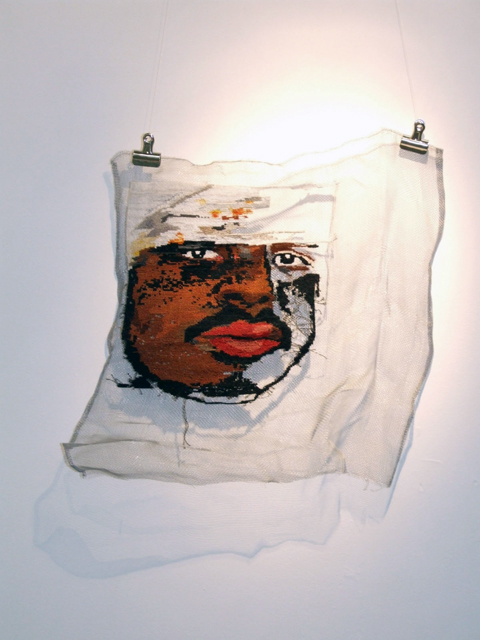 , but Ami chooses to increase the tension by stitching through hard surfaces, using a handy Dremel tool as her weapon of choice. It’s an ambitious series of pieces and I look forward to seeing this concept develop.