Becky Potter is an artist from Denver, Colorado. Her etsy store, Forgottenland

, is filled with all manner of curios, including the STI bugs. 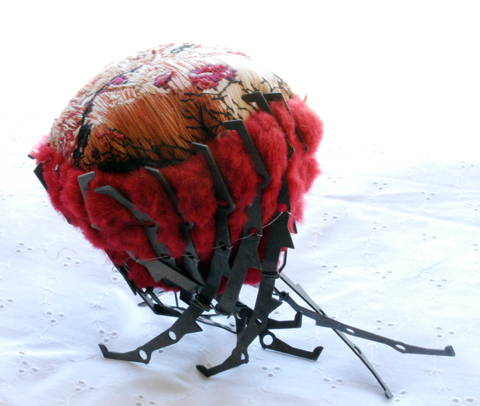 “This project was originally called “What Grows in the City.” Inspired by the swarming masses, filth and pervasive sexuality I discovered in Philly, I became obsessed with disease and transmission. I started imagining HIV and other STIs growing up out of the cracks in sidewalks, roots reaching drawing life from urine puddles in the subway and the sticky, rotting detritus covering the landscape. 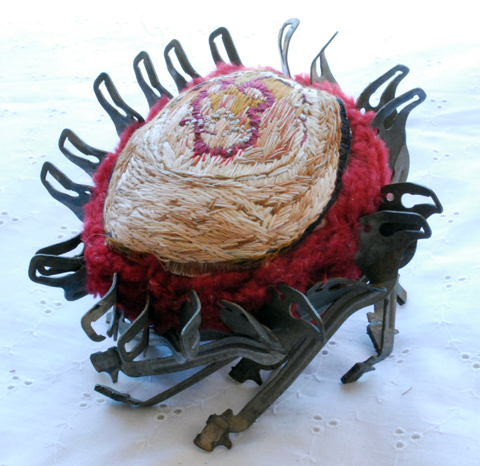 “I imagined disease as a creature, growing of its own accord, existing for the sake of itself, infecting through casual touch, through breathing, through eye contact. A being with life and intentions, alien yet symbiotic. 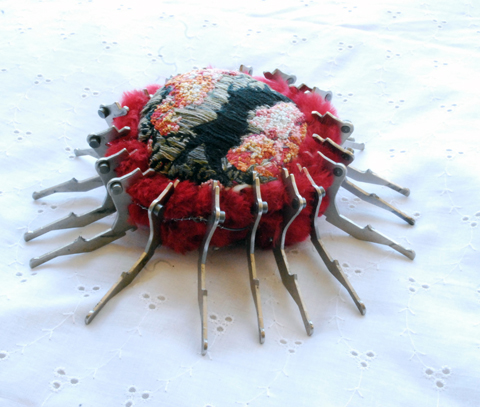 “These STIs were my first foray into embroidery. I was thinking about the preoccupation with hearth and home which dominated women’s time and activity for so long. Embroidery was the genteel woman’s means of expression; the appropriate way to keep her hands busy. 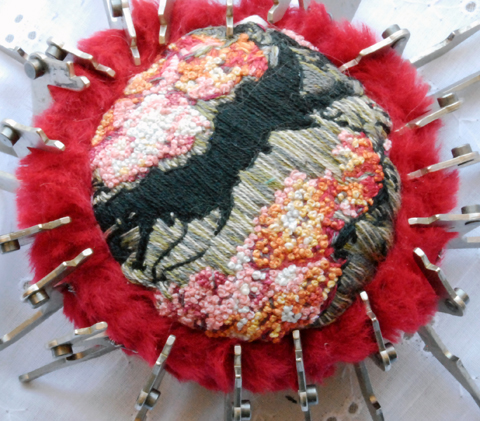 “I decided to draw these beautiful, hideous beings which were had become my preoccupation in thread, a joining with and rejecting of tradition. They became bugs, a few months later, when I realized they couldn’t come to life in the way that I wanted while hanging on a wall.” 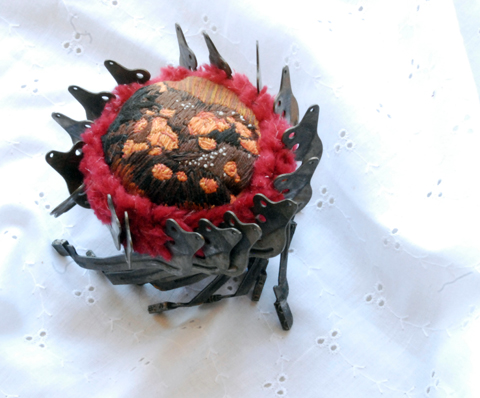 I love these little critters. They’re clever and nasty. Reminiscent of The Naked Lunch

these are your nightmares made real with stitch and metal and itches and scratches. I look forward to seeing more of them, but maybe not up close. 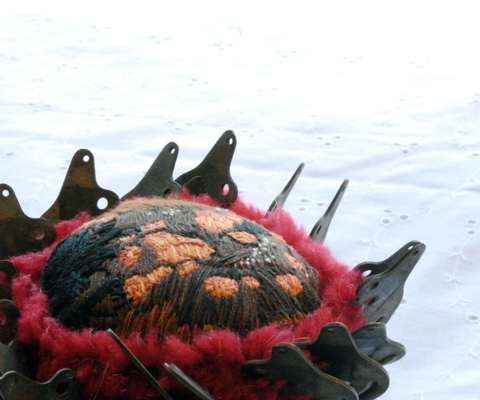