is a mixed-media artist from Mexico. 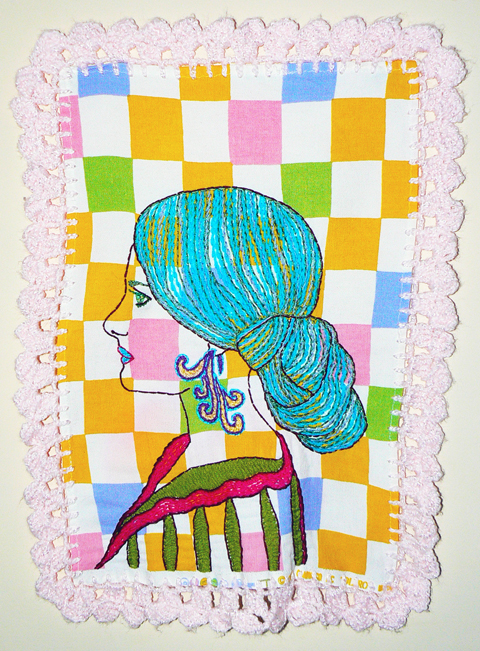 “Mexican-born female artist Blanka Amezkua has been using imagery from recycled “Sensacionales” (Mexican adult pop culture comic books) in her art for the last 11 years, putting their visual vocabulary at her service and appropriating the genre to convey her messages.  Like Roy Lichtenstein who has extensively borrowed his subject matter directly from comic books for his paintings, ironically mingling low and high art, Amezkua adopts the Mexican picture stories as a backbone for her mixed media works to comment on longstanding clichÃ©s about different aspects of female identity. 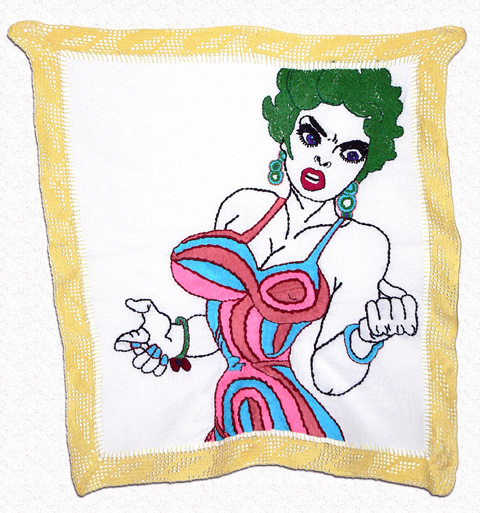 “The artist intervenes, appropriates and reworks the different imagery through the use of domestic techniques such as embroidery and crochet; and in her current mixed media pieces via the application of nail polish and enamels. In this recent series she has recreated the image by covering almost all female facial characteristics-except for the mouth- and adding diverse abstract motifs to complete the composition.  The works’ surface obtains thus also a marked decorative quality that is appealing to the eye, leaving what is ‘lurking’ under the surface to the quests of the mind. 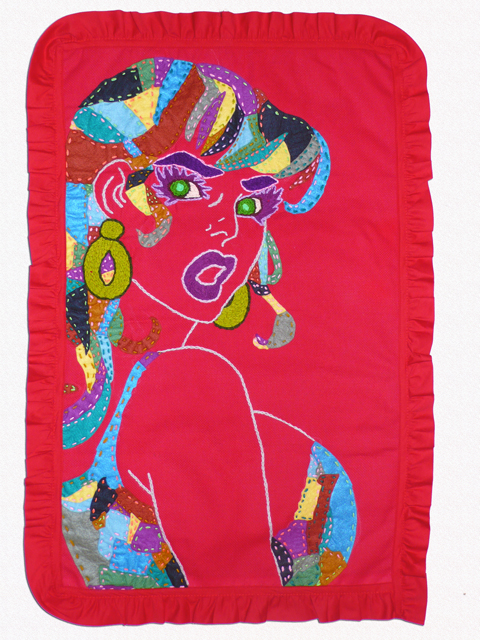 “Amezkua’s embroideries present images of modern, potent women who are aware of their sexual powers and strengths, needling the viewer with hundreds of colorful, long and short sewing threads that shape her outline.  Each one of Amezkua’s female figures is made up of the “stitches” of her identity, following the course of life choices, healing old and new wounds and bridging the opposite, often contradictory, shores of the female existence. 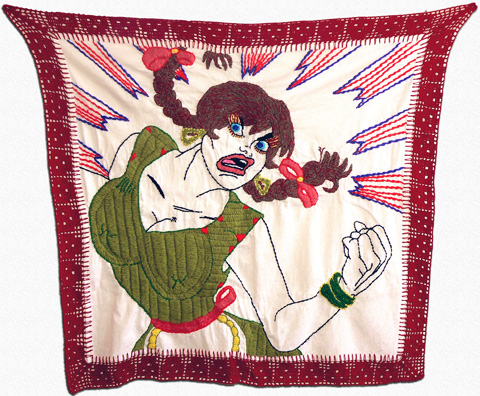 “By alterating and disrupting the original intention of the “Sensacionales” as vehicles of male visual- sexual pleasure and light entertainment, Blanka Amezkua’ s artworks free the female form from the troubled politics of sexual preferences, attitudes and prejudices and offer a more clean, open ground for thinking anew about associations of desire.” 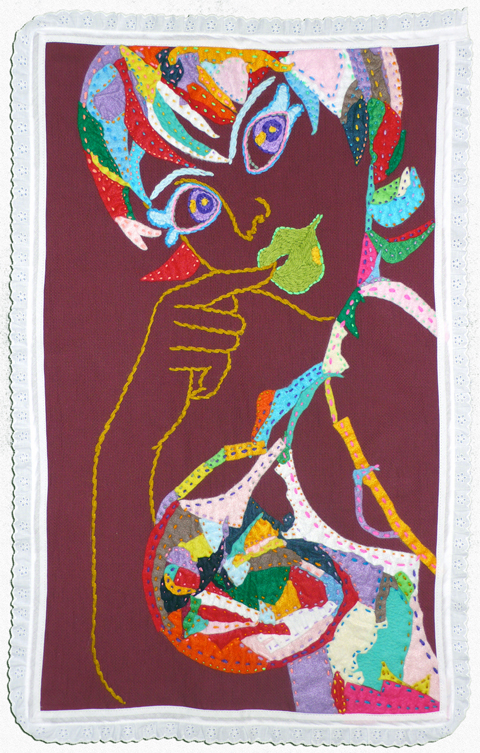 I really like these pieces –  Blanka’s work acknowledges the value of these pop culture stereotypes, but imbues them with vibrant colour and attitude. These are snapshots of 20th Century Mexico; patriarchic iconography of women pervading popular culture and therein establishing a cultural narrative about sexual politics. While the images in these Sensacionales may have been taken for granted when they first appeared, Blanka’s embroideries make us reconsider them and reflect on how these gender dynamics have played out in the modern context. 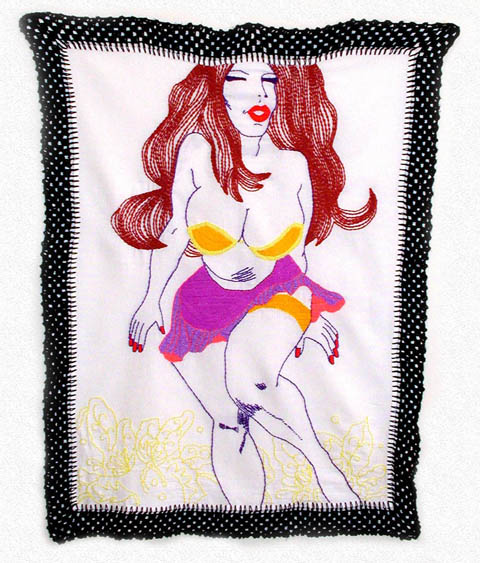