A little ways back, I had the good fortune to be able to visit a working hat block makers shop, La Mode West

. This is a little bit amazing in that there are very few of these left in the world, fewer still in the United States, and nothing short of amazing that it is not only in the millinery wilderness of Minnesota, but on the very freeway that leads to my hometown of St Peter, Minnesota. I drove past this unassuming shop thousands of times without knowing it. The enormity of this dumb luck is kind of more than needle-in-a-haystack business. It’s a big big world. And there are very few of these people still in operation.

People often tell me that they are “so glad that I’m making these hats and saving this dying art,” to which I try to very politely tell them that this is hogwash. The art of making hats is not dying. In my own team of Etsy milliners, we started with a membership of 25 three years ago and now we are above 500. We’re not dying off as an industry, we’re growing exponentially. It’s the scarcity of blocks that is holding us back.

I should probably back up as I never have sat down to write a step by step description of how to make a blocked hat. We do not knit them and throw them in the wash. We do not cut them out of pieces and sew them together. There’s a lot of sewing, but only after the really mysterious part. We take millinery blanks of felt or straw and shape them around hat blocks. Every shape of hat has a different block. At the height of our industry, every size would have a block as well: pieces of wood, sculpted in myriad forms ideally in 8th inch increments. These days we get around that size thing with creativity and ingenuity because those pieces of wood are hard to find and expensive when you do.

But the shape thing is really vital.

I’m the sort of person that needs to know how things are done. I can’t just knit, I have to card and spin the yarn. I can’t just bake a pie, I have to render the lard. I’ve been making hats for a good number of years now. I want to learn to make the blocks. And so I went to visit La Mode West. Richard is a serious Minnesotan. To gain his trust, it’s best to Talk Minnesotan, a language featured in film (see Fargo

), books (see How to Talk Minnesotan by Howard Mohr

). (Yes. We really talk like that.) His shop is not one that is generally open to the public, it’s a working woodshop with pointy things and machine tools everywhere. 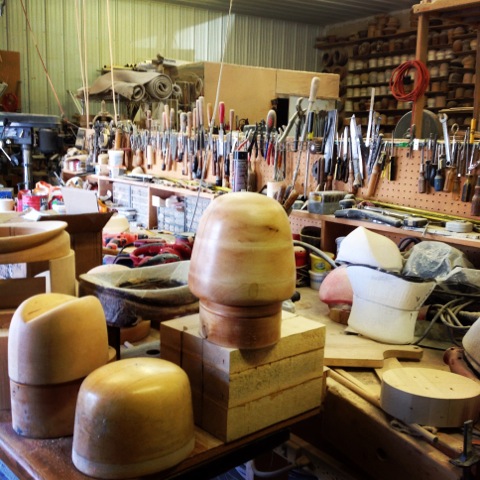 But heaven. Absolute heaven for a milliner like myself.
Richard explained that most of what he does is basic woodworking. There’s a lot of carving, cutting and sanding. He’s got two tools that are, however, unique to the industry. The first is an elliptical lathe because our heads are not circles. The other is this: 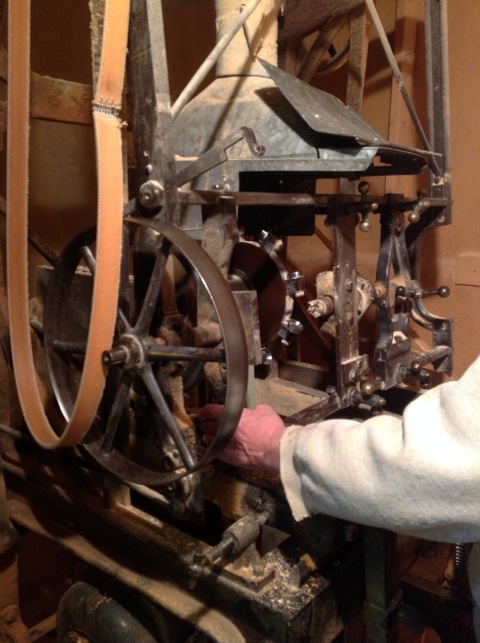 This deeply mysterious looking machine was made when factories were run by belts that ran on the ceiling. He’s updated it for electricity. It duplicates hat blocks. He puts a “master” block in one side and a rough cut slab of wood in the other. On the master side, the bits are blunt so they just roll over the existing shape without cutting. The other side has teeth. He guides the blunt side over the master and the teeth side cut the wood to match. He can even make those eighth inch increment changes in size without trouble. It’s absolutely ingenious and incredibly simple. But hard to describe and harder to photograph.

The wall that made my knees wobble was the wall of master blocks. 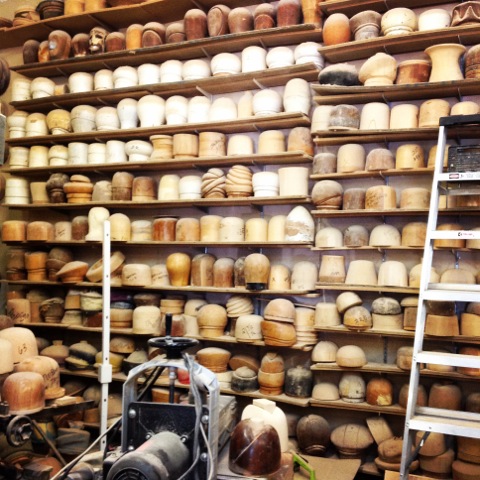 Richard took over the company from his father-in-law and moved it from the East Coast into Minnesota. These are the masters from all the hats that have ever been made in that factory. Awe-inspiring. Drool-producing. My heart beats faster just gazing at it now.

You can see a beret on the left. And those odd things in the middle with all the grooves look a bit like turbans when blocked. Oh the shapes! The shapes! My kingdom for these shapes!

He makes the blocks for most of the big millinery houses in the US as well as those for people like little-old-me. You can send in schematics for special designs, or carvings in clay, or even hats that he can make molds out of. And here’s the thing. Much of the time he’s over-run with work. He’s also 5 years away from retirement. So if there’s someone out there who wants to make blocks…. we need you!

I couldn’t leave such a candy store without a little purchase. He’s got a wall of blocks that have been orphaned for one reason or another so I basically got a cut-out. But she’s a pretty little cut out. 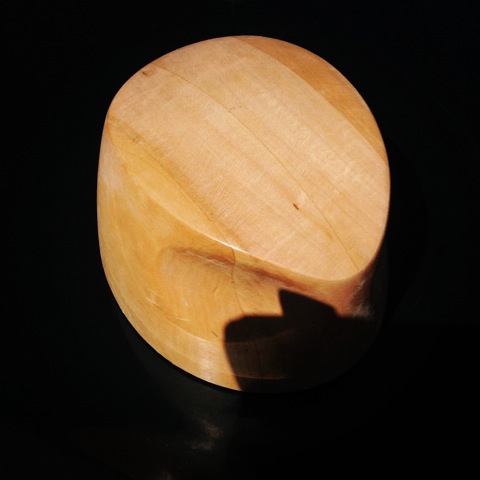 I was so excited I had to take the picture on the hood of my car before I got home, thus the odd lighting. One of my students asked me the name of all of the hats. They don’t all have names. This one is a modified fedora. It kinda slouches to the left.

, another master block maker in the UK. I had to jimmy them together a little with tape, but it works. 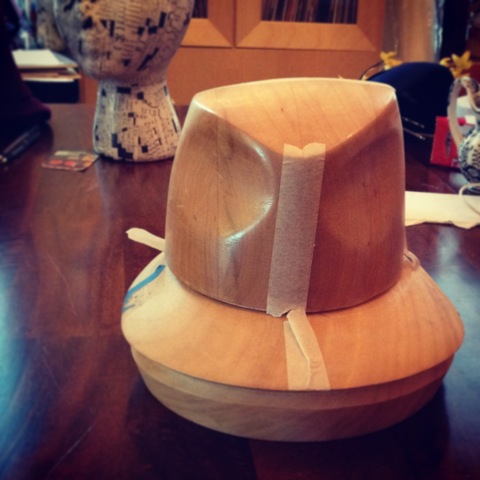 And this is what they make together! I haven’t finished her or listed her yet, partly because she looks so pretty on my table. 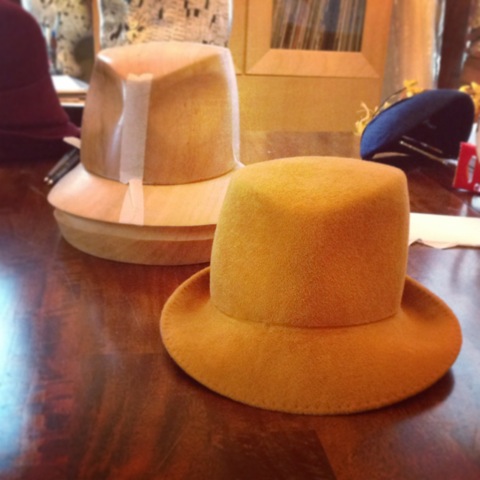 is a milliner who, since 2007, has slowly been taking over the world of Millinery and captains the Milliners of Etsy, a collective of artistan hat-makers from around the world. She lives with her husband in Minnesota and gets up to all kinds of creative mischief.