is a mixed-media artist from California. 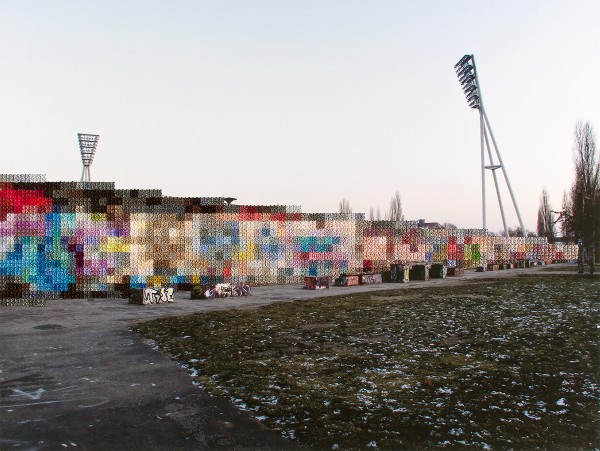 “I am interested in the failures of photography in preserving experience and personal history as well as the means by which photographs transform history into nostalgic objects that obscure understandings of the past. 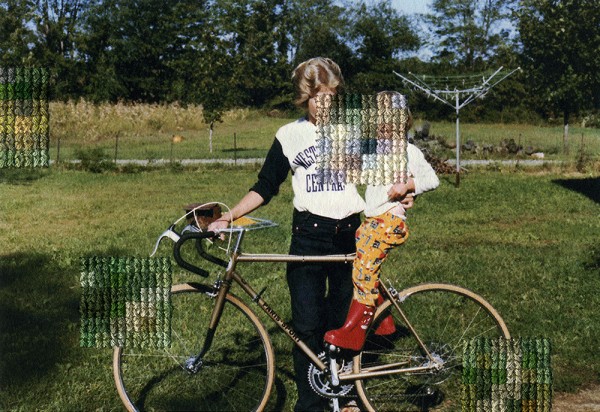 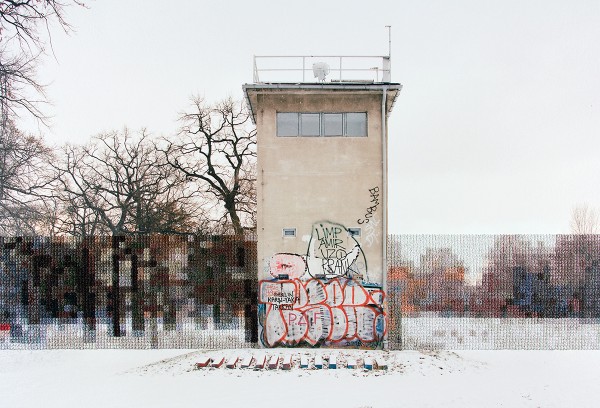 “The images were taken in the city center as well as in the suburbs where I followed the former path of the Berlin wall through the outskirts of the city. I was particularly interested in photographing locations where no visible traces of the actual wall remain, but which there are subtle clues of its previous existence. These clues include incongruities in the architecture that occurred as new structures were built on newly opened land parcels, changes in street lights or newer vegetation. In addition to the physical aspects that point to the former division of the city, I am interested in the psychological weight of these sites. At times, the embroidered parts of the image run along the horizon line forming an unnatural separation which blocks the viewer from the vantage point of the image. This aspect of the sewing emphasizes the unnatural boundaries created by the wall itself. The sewing, which is soft and domestic provides a literal contrast to the concrete of the wall and a metaphorical contrast to its symbolism. 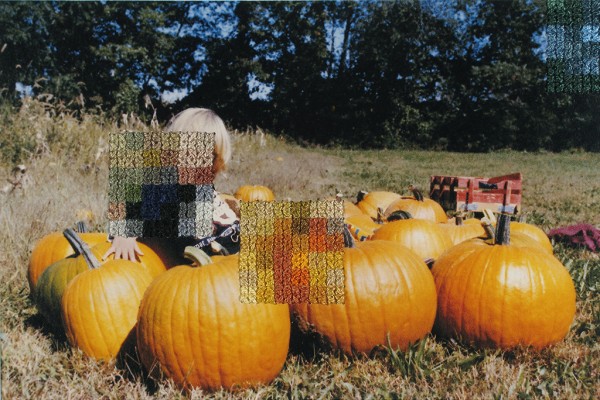 “In the series based on family photographs, Time Spent that Might be Otherwise Forgotten, I am interested in the disjunct between lived experience and photographic representation. As the embroidery takes the form of digital pixilation, I am trying to make a connection between forgetting and digital file corruption. The tactile, hand-embroidered overlay not only relates to the digital aesthetic, but also hints at the growing trend of photos remaining primarily digital stored on cell phones and hard drives, but rarely printed out into a tangible object. The images are based on photographs taken at various points in my life and arranged by location.” 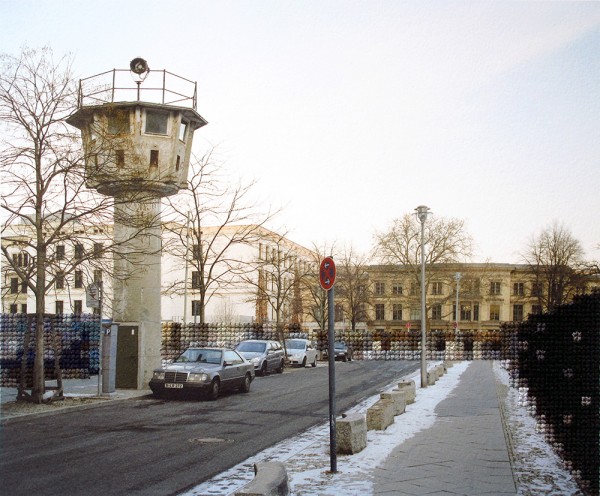 , Diane’s work really pushes my buttons. Her modification of pictures through cross stitch forces you to pay attention to the detail of the scenes, while opening up new opportunities for narrative as well. 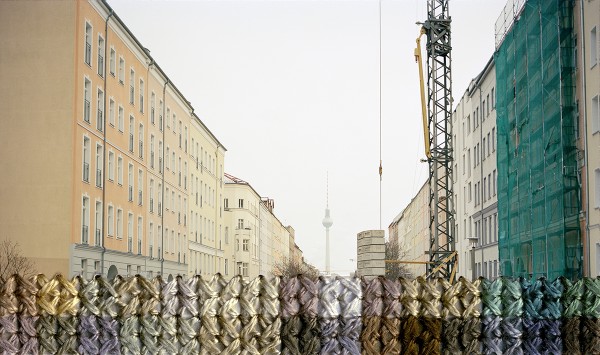 It’s a really simple idea, however Diane’s application of cross stitch is thoughtful and intriguing. It redefines the image, transforming characters and locations with intelligence and style. It brings out the beauty in locations that are somewhat bleak, and puts an air of mystery into otherwise wholesome family pictures. 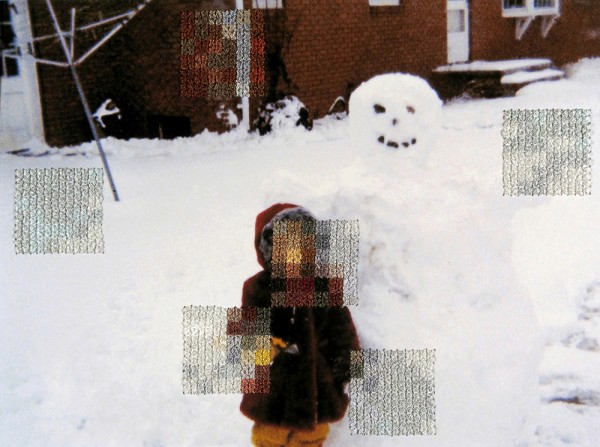 You can enjoy Diane’s work as part of The Embroidered Image exhibition, currently showing at the Robert Mann gallery. Visit Diane’s website

to enjoy more of her work.