Welcome back to our third instament of DMC history! Last time we made it to the early 1900’s, and ended with the cessation of their printed fabric. With the company in the capable hands of Jean Dolphus’ family, especially Alfred Engel, F. Engel-Gross and E. Duvillard, DMC moved to exclusively to manufacturing threads. This period is where we find DMC’s thorough market research really pay off.

According to the DMC website,  different markets and styles of needlework were rigorously researched in order to better improve the materials and serve a new clienteles’ needs.  “For example, to replace the threads, often produced by primitive methods, which the peasant women of the Balkans used for embroidering their traditional gala costumes, superior articles were created and put on the market; they completely gained the confidence of those clever embroideresses and lace-makers. Thus, threads bearing the DMC mark won the appreciation of consumers in ever-widening circle.”

But their research didn’t end there. They also strived to collect examples of traditional European embroidery. Specialists hired by DMC were charged with seeking these pieces out in order to help create a collection based on these traditional designs, yet updated for the contemporary needleworker. 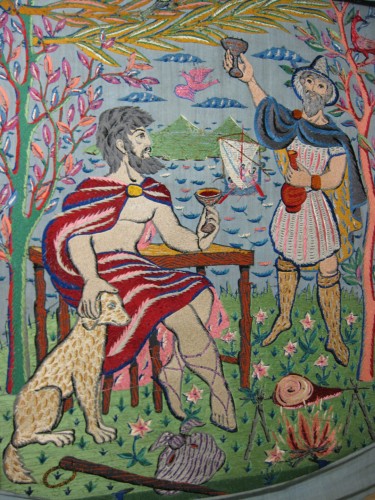 During this time, DMC erected several four story buildings measuring 750 feet long, further expanding their production capabilities. However, they were barely completed when WWI broke out in 1914. Fortunately, through the duration of the war DMC was left relatively unmolested and  continued to produce materials, although at a slower pace.

Interestingly enough, I did find a few references to DMC during the war in American magazines, take a look.

By 1928, DMC had rebounded under the direction of Mr. E. Thierry-Mieg, then of Mr. E. Krafft. At this time the company employed 9,000 people. Associates expanded the company’s global market by developing new bases and reestablishing old ones in Latin America, the far East, Africa, and Australia. The DMC sample case became a familiar sight, when over a hundred new sales depots and offices were established all over the world.
I even found this reference in a sorority newsletter to DMC. I thought it was interesting to see the pleasure and surprise the writer experienced when finding DMC products away from home.

DMC had always been quite good at marketing and advertising, but around this period we can really see a flood of print from and about the company. It’s been difficult for me to keep the photos to a minimum for this article because I found hundreds of ads, recommendations for DMC products in school books and magazines, and of course, The DMC Library which produced many books of patterns and basic instruction. This vast material can be found in 30 different languages and really serves to give us an idea of how widely recognized the company became. 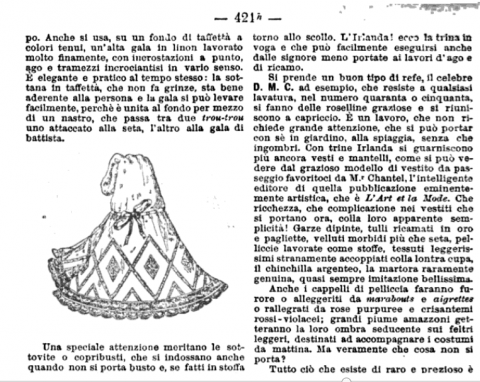 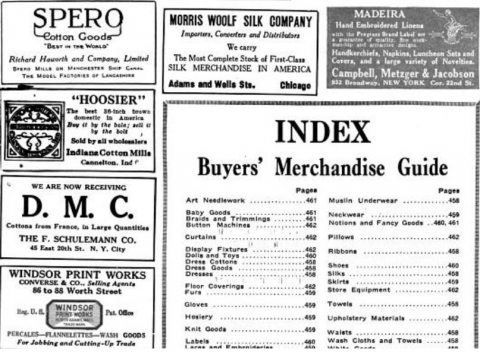 The other thing that I found fascinating about the company, is their sense of responsibility to their employees and the communities that host them. From the website, “As early as 1830 it had founded the first sickness benefit fund. Twenty years later it built a day-nursery and infant school, followed by a hall for instructive recreation. We have spoken earlier of the workers settlements with their adjuncts- bakehouse, washhouse etc.. created by Jean Dollfus. In 1883 a provident and superannuation fund was started for the employees. Not long after large canteens with kitchens were built for the workers as a well as a model day-nursery at the Belfort works. For many years now DMC has paid an annual pension to its retired workpeople and employees, without levying any contribution, and during the years 1914-1918 it paid out in war and unemployment relief, more than five and a half million francs. Since 1919, it has provided hundreds of allotments as well as a vast sports ground, and created a new modern workers settlement, which was unfortunately destroyed by aerial bombing in 1944 but is now in course of re-building.”

So it comes of no surprise that during the course of my research, DMC was consistently lauded in the history books, and several biographies were written about the members of this fine family. 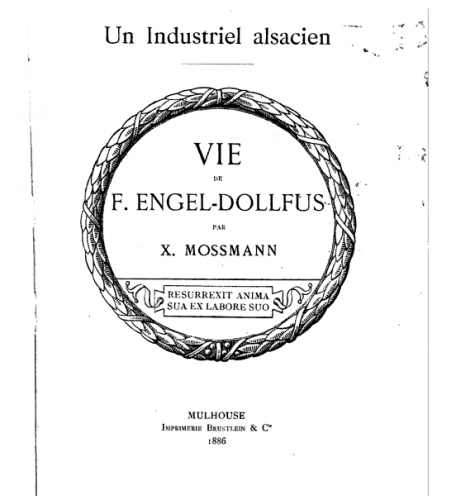 So at the end Part II in this series, I promised you guys a truly vintage pattern. And then I realized that I tend to favor embroidery over cross stitch, because I’m a jerk and an embroiderer. So I figured I do you eXers a solid. The following is an article on cross stitch patterns for high fashion in 1904. I hope you guys enjoy! If you click each image, it will take you to a new page. Click the photo again to see it large. 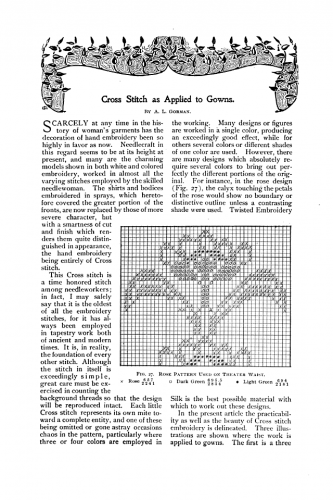 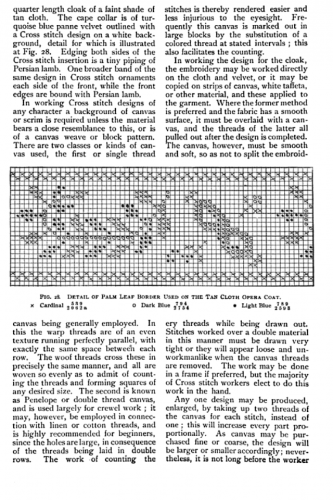 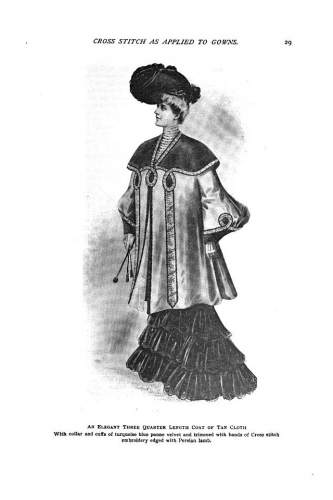 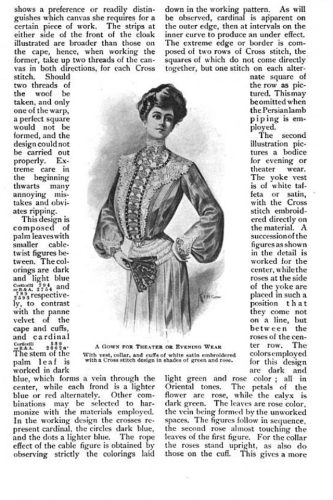 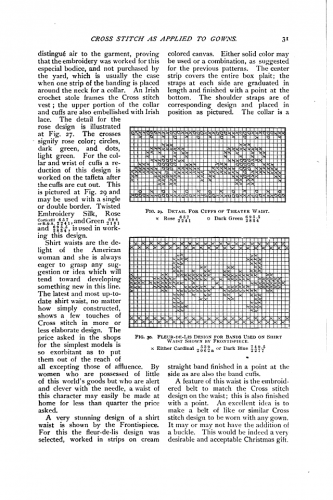 ———–
Penny Nickels is a printmaker that started playing with needles with tremendous effect. She and her husband, Johnny Murder, have been described as the “Bonnie and Clyde of Contemporary Embroidery” and you can discover the power of her creativity at her blog

.
———
Photos featured are property of DMC, book and magazine excerpts are copyright free.
Nearly all of the information in this article was taken from the DMC website, with their permission.
Visit http://dmc-threads.com/ and http://www.dmc-usa.com/ for more information.