OMG guys. Did you hear that series three of Downton Abbey will be Maggie Smith’s last season?  Devastated. 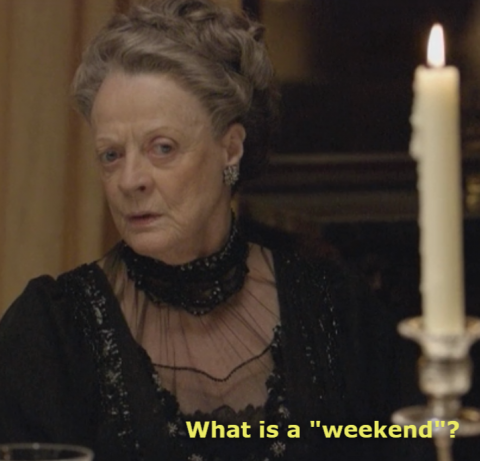 Oh, The Dowager Countess. You will be missed. I especially will miss your  fashionable  hats. 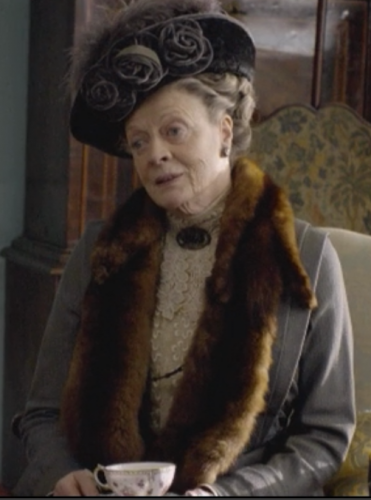 Now we could go over the history of millinery, but that stuff looks hard, and not  entirely  relevant. Instead, how about a tutorial on making those fabric flowers on The Dowager’s hat? Funsies!
Using sewing thread, attach the end of a ribbon to background fabric using a few back stitches. 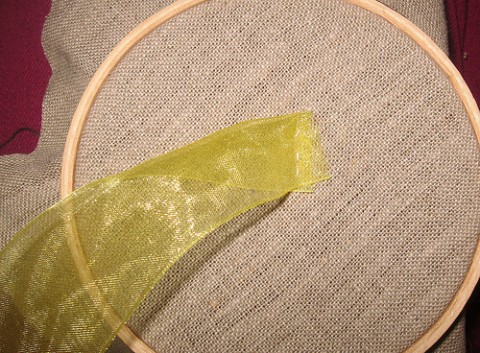 Turn the ribbon over the starting stitches and the end of the ribbon, and secure with more back stitches. Keep the ribbon puffy, not tight. 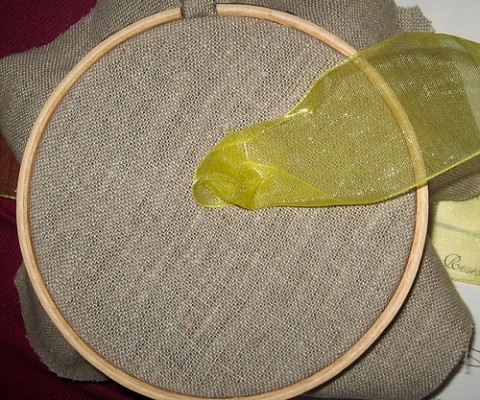 Fold the edges inward and continue turning the ribbon around the center, using back stitches to tack the ribbon down. 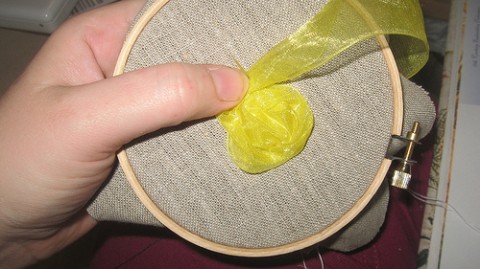 Keep working around to build up stitches. 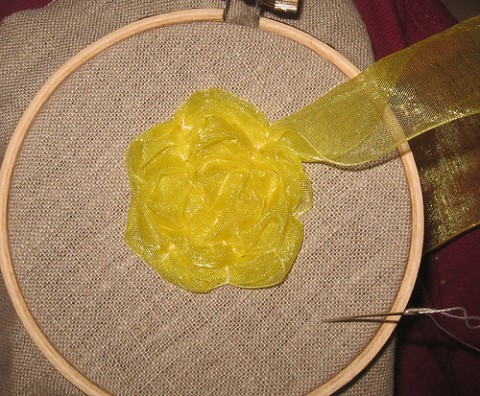 When you get to the end of the ribbon, tuck the end under a “petal” and stitch it down. 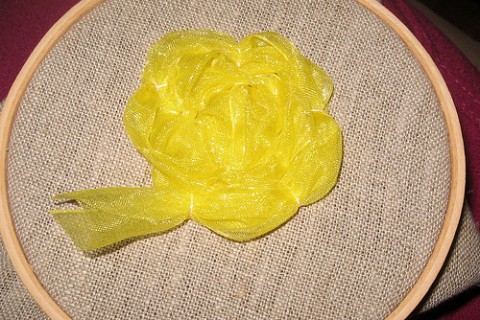 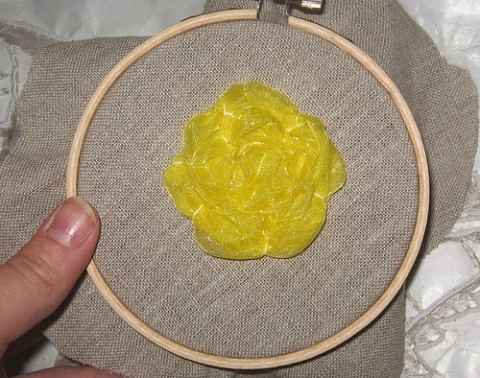 You could also be professional  and use thread that matches the color of the ribbon, but whatever. I used french knots for the center… 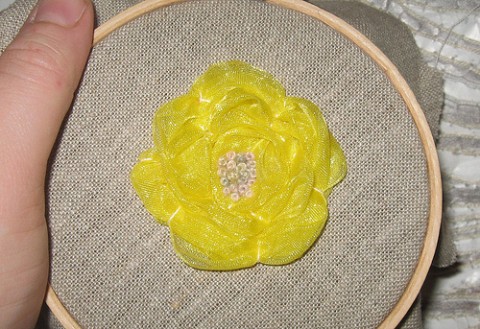 And then did a raised leaf. 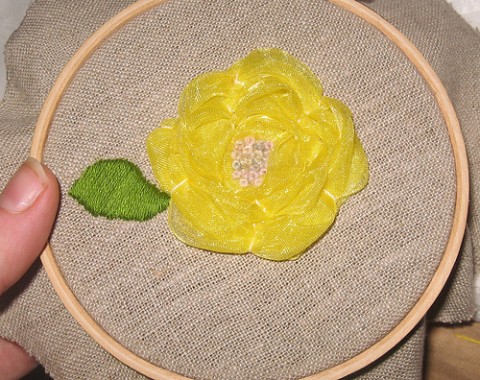 You could also go CRAZY! and use strips of fabric… 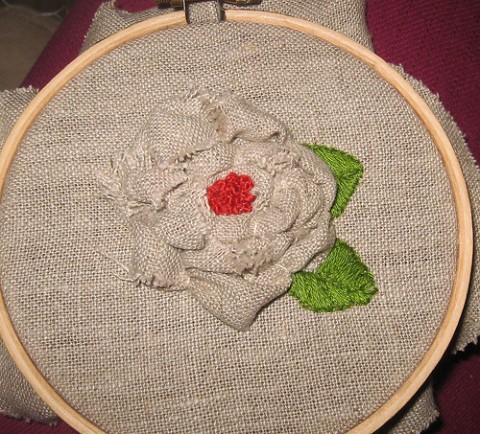 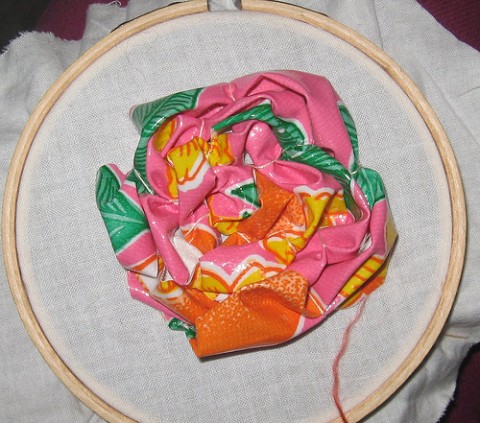 Don’t you judge me. I made these all last night for the first time ever. 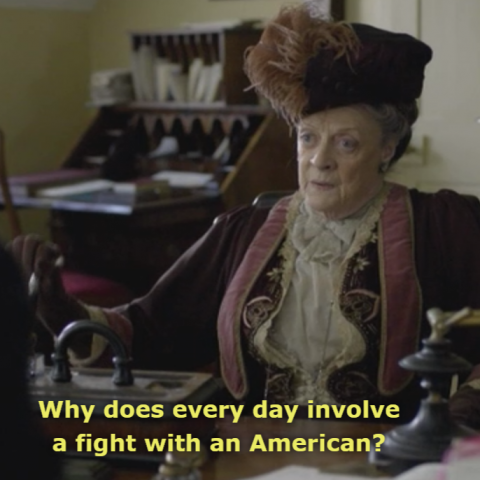 Tell me about it,  Dowdge.

Well, what’s the rest of the family into? 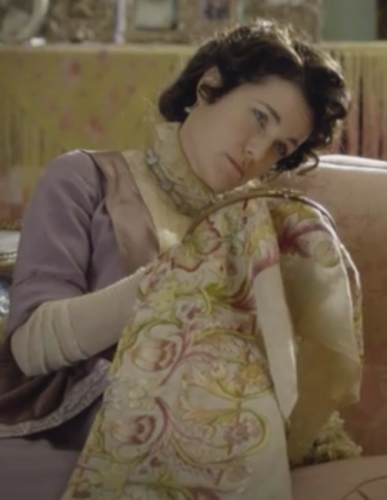 Oh lookie! Check out this pattern from a 1914 women’s magazine! I bet this is what Lady Grantham is working on. 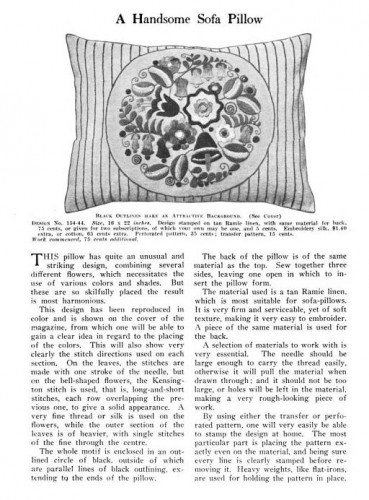 I bet they’re working on these- 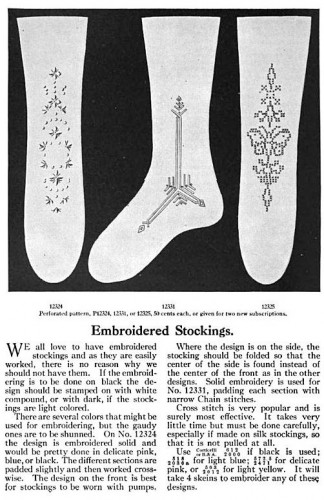 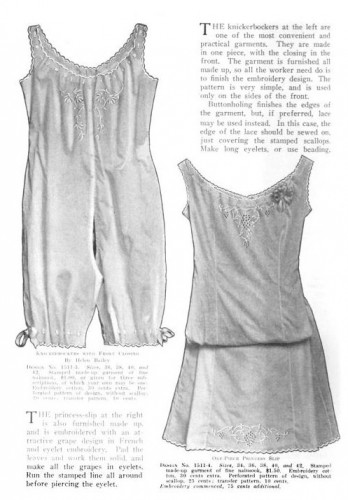 Lady Sybil’s the practical one. I bet she’s making this. 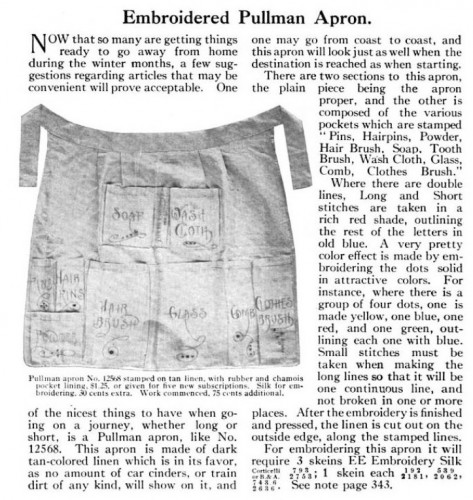 Of course, we can’t overlook the other residents of Downton Abbey. 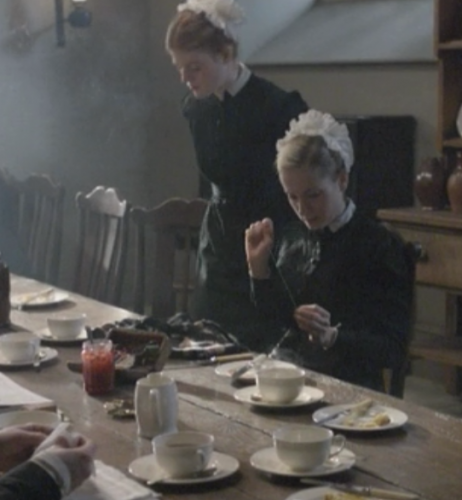 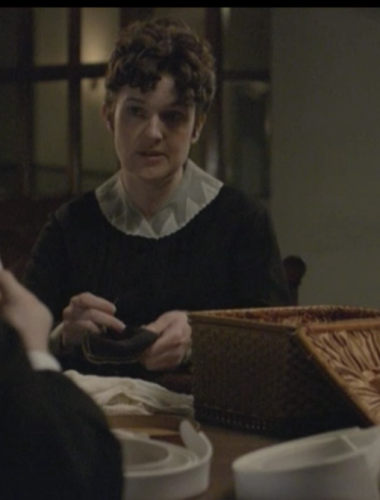 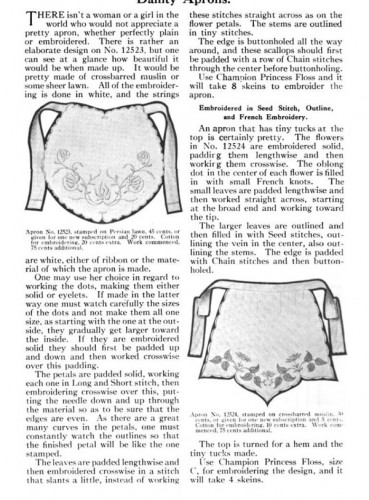 Well, I hope this bit of Downton era needlework keeps you held over until next season. At least Game Of Thrones is on. 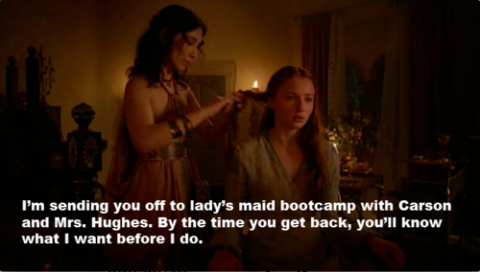 .
—–
All patterns are public domain from 1914. Downton photos from British PBS or whatever. Please don’t sue.  Hilarious  Game Of Thrones scolding from  http://audreychristina.tumblr.com/