This particular video has already been all over the internet and back, but we would be so very remiss if we here at Gear Threads, who celebrate so fondly the work of machine embroidery, did not feature it. If you happen not to have heard of it, allow me to enthrall you with the first totally digitized and machine embroidered music video we’ve ever heard of – Tharsis Sleeps, from heavy metal band Throne.

Each frame of this epic animated adventure was individually machine embroidered onto fabric – all 45 million stitches of it. Director and band member Nicos Livesey gave an interview over on Dazed where he explained how the whole thing started. 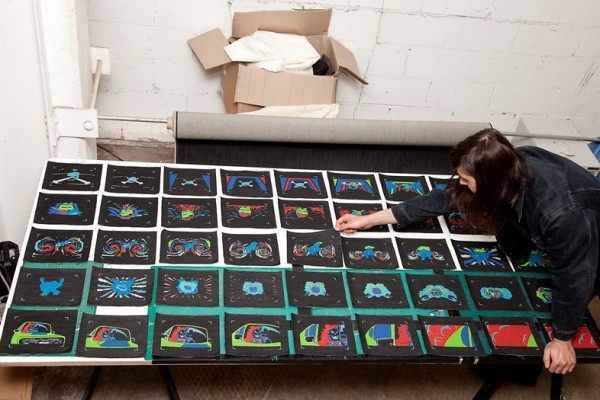 The original inspiration was metal band patches. I was making band patches on a sewing machine that could embroider with one needle. I remembered from when I was seven or eight years old, I’d seen an embroidery machine at a boat show and that always stuck in my mind. It mesmerised me and looked crazy, how it could embroider anything. When I was doing the band patches, I realised it was totally animate-able I could embroider it frame by frame and it would look mental.

The embroidery itself was stitched out on two industrial Brother machines supplied by Brother UK, and digitized with Wilcom software. The digitizing process did of course cause the band some headaches, like those in the industry are all too familiar with. Given the huge nature of the task, auto-digitizing was utilized heavily toconvert the files from the animation software, which can be unpredictable. 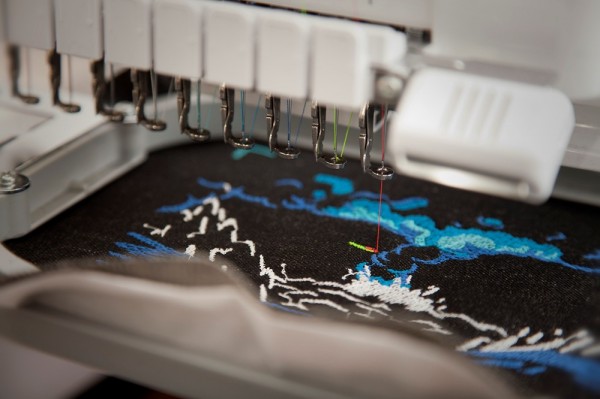 In the beginning, nothing was going right. I was like, “This is impossible.” You’ve got to use this software to digitise the images into embroidery so the machines can read the image, but you’d convert it to stitch format and parts of the image would disappear randomly. I couldn’t really give up though, I was too far into it! You just have to fight through.

The project eventually got so overwhelming the band started a Kickstarter page to fund it, and got the backing of quite a few major players from the machine embroidery industry. In total, there were 3000 frames, each of which had to be individually hooped up under the machine and stitch anywhere from 20-90 minutess each. It’s an epic undertaking anda fantastic example of what happens when you put this kind of stitch technology in the hands of creative, if slightly obsessive, minds. 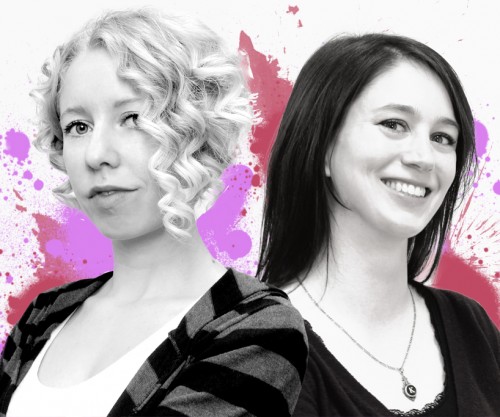 Gear Threads is brought to you from the offbeat gals at Urban Threads. Created by illustrator Niamh O’Connor, Urban Threads is revolutionizing machine embroidery one edgy, elegant, innovative, and/or offbeat design at a time. Discover the future of digital stitchery at www.urbanthreads.com

Created by illustrator Niamh O'Connor, Urban Threads is revolutionizing machine embroidery one edgy, elegant, innovative, and/or offbeat design at a time. Discover the future of digital stitchery at www.urbanthreads.com.