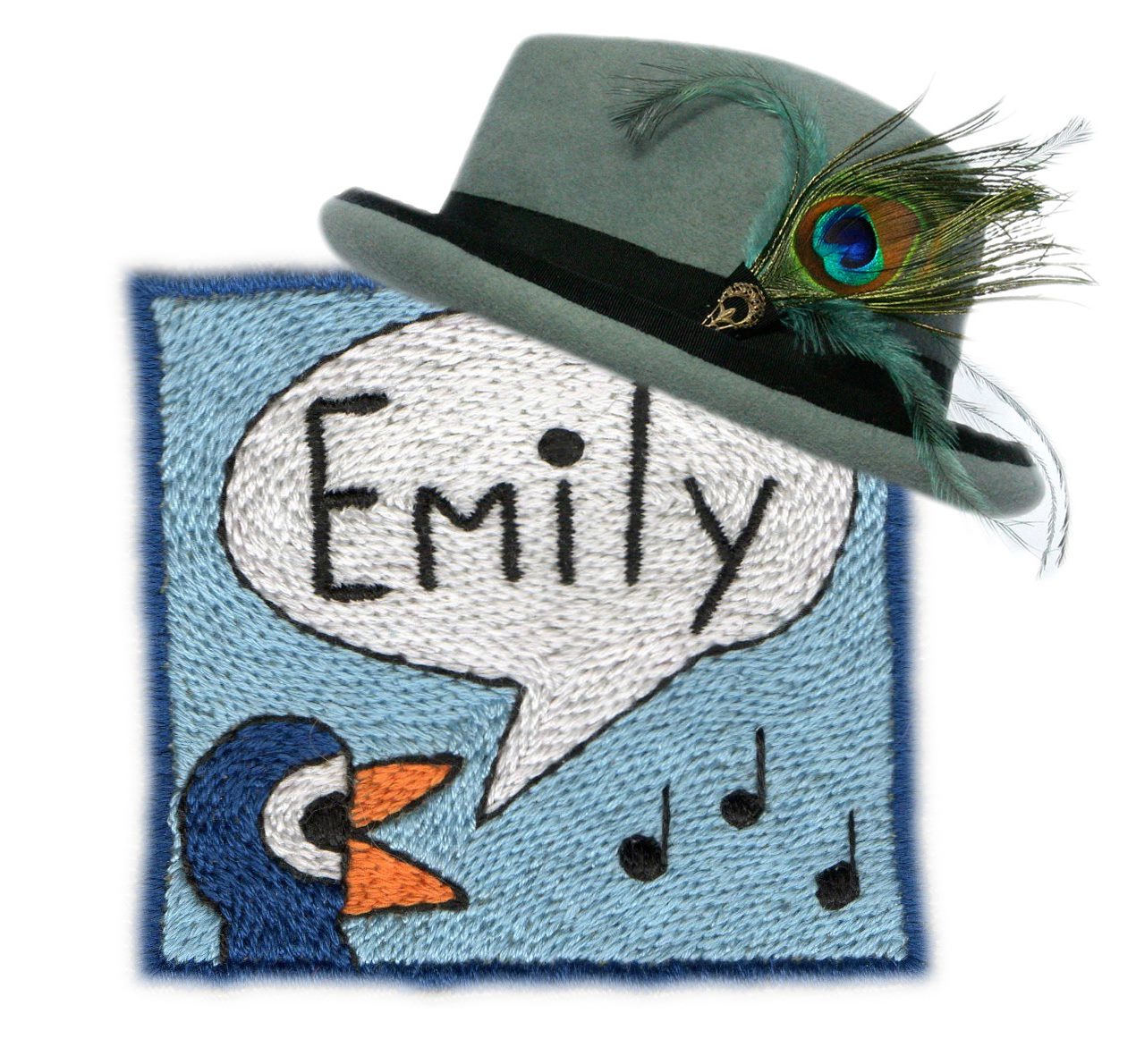 How long have you been involved in the world of stitch?

I started knitting when I was 16. My friends all learned from a mom and I was jealous, so I picked up my mother’s copy of the Reader’s Digest Complete Guide to Needlework and taught myself. It stuck. And then grew. I’m afflicted by the desire to know how everything works: to bring it back to the roots. This has led to all sorts of things: cooking, beading, needle felting, French silk flower making, sewing garments, wire crochet.

When I stumbled into a class about millinery, I found my home. All of those other things that I like to do (and so many more I’m curious about) can be applied to hat making. Except the cooking and ceiling fan installation. I’ve been working in millinery for about ten years I think. There were a lot of classes, then I started following my teacher, Eva May, around, trying to keep useful by helping her move, tear out carpet, paint walls. I used her blocks and picked her brain until we moved up to the far reaches of Minnesota, two years ago.

What is your favourite thing about stitchery?

It satisfies my curiosity. I’m also a big fan of that line in that Bob Dylan song, Forever Young: “May your hands always be busy…” Great song, just reading the lyrics makes me all weepy. And this is Dylan’s hometown, so, well, I dunno. I guess that might be important.

I love, also, to pick up my stuff and go stitching in public. My husband Adam is an embroidery artist and we go on “stitch dates” quite often. Go to some pleasant coffee shop or bar and stitch. I love that. People are always coming over and remarking about how crazy we are to be doing what we do. The “no machines or glue” rule in the house is a bit mystifying to those uninitiated to the joys of hand sewing.

I also love teaching. I love spreading the millinery around and watching the magic happen as people make their own hats. It’s so cool to have a student who comes into class absolutely sure that she’s going to make a very straightforward bowler get all excited and make something really spectacular with feathers all over the place. Hats transform people. I think Lilly Daché was the one that said that hats are magic. She’s right. They are. You can become an entirely different person just by putting on a different hat.

What do you make of the modern craft scene?

I think it’s fabulous. The trouble is, it hasn’t really made it to Duluth, Minnesota. At this point, I’m mostly dealing with the uphill battle that involves convincing people that there are, in fact, people out there that want to make things themselves. Not that we don’t do that here. We do. We have this fabulous place, North House Folk School, that teaches northern centric crafts like blacksmithing, timber framing and spoon carving. The thing is, most of the people doing these things believe that these crafts are dying because ‘the youth’ don’t care about this stuff. They could not be more wrong. I get this all the time with hats especially, about how my art is dying. It’s not. It’s growing exponentially. I just wish that there could be a storm on a class about spoon carving where students started carving skulls into the handles. Or a whole class on yarn bombing.

When we lived in Chicago, we were really in the thick of it– this movement. Adam’s actually in about 3 seconds of Handmade Nation. It definitely inspired us. Now we’re trying to figure out how to build a scene and inspire others in the wilderness of northern Minnesota.

Yes, it really is like the movie, “Fargo”. Except on this side of the state we have trees.

Do you have any unusual talents we might not know about?

I’m not quite sure what counts as unusual. I am a classically trained piano teacher. I can install a ceiling fan. I love to tango and tap dance. We used to have a theater company that specialized in producing old time radio theater live on stage. We’d recreate what the studio might have looked like. Half of the stage was sound effects– we did them all live. The other half was for the actors. I sat in the middle with my keyboard and got to play stingers. Those little bits of music that happen after someone cries, “HE’S DEAD.” Then it’s me: dum, dum, DUMMMMM. I suppose that’s fairly unusual.

I can also wiggle my ears, and nose, make my neck go back and forth in a vaguely Egyptian way, and roll my stomach in waves. I could provide video footage to prove that these things are possible but no one really wants to see that.

I can bake the best pie you have ever tasted. Throw down, pie bakers. I can kick your ass. I render my own lard for the crust (see above mania about knowing how everything works). Pecan. Apple. Blueberry-Blackberry-Mango, it doesn’t matter. I’ve got them all down.

Each month, Emily will be helping you understand the marvellous world of Millinery. Here are five examples of her work for your enjoyment!