Some pretty clever stuff for you in this Edge post. Clothing Company Forever21 commissioned the Thread Screen, an amazing device that used 6400 reels of coloured thread to project Instagram photos. I could try and explain it to you, but I’ll just leave it to the designers… 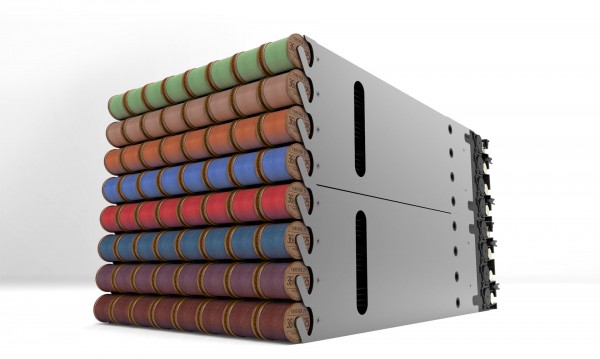 A Feat of Engineering
Over a year and a half in the making, the F21 Thread Screen is one of the most complex machines ever built for a brand. It’s comprised of over 200,000 parts – over 8 times what you’d find in your car. Every component, from the thousands of motors and gears, to the 600 pounds of milled aluminum, to the lathed wooden spools – all have been custom designed, engineered, and manufactured from scratch. Despite the massive complexities living under the hood, the result is a beautiful and simple looking display that is mesmerizing to watch. 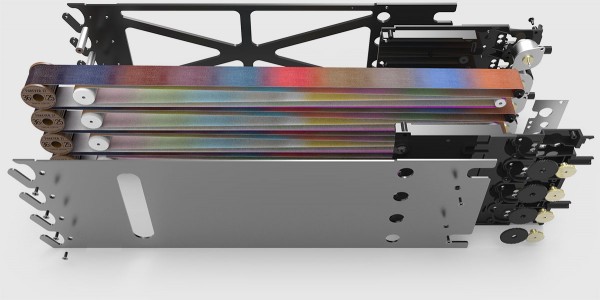 How it Works
Each spool has a 5 1/2 foot long piece of threaded fabric that rolls over top of it, similar to a conveyor belt. The fabric is made up of 36 colors, each 1 3/4 inches in length. Instagrams that are hashtagged with #F21ThreadScreen are automatically captured and optimized for the screen’s 80×80 resolution, then each spool’s motor drives the fabric to it’s appropriate color. Each ribbon also features a reflective strip which is scanned by an infrared sensor, which tells the machine the color each spool is currently showing, allowing for corrections for any slip that may occur.

It’s a massive technical project and it’s worth watching the behind-the-scenes video to see how they did.

I believe it’s still running, so why not add #F21ThreadScreen to your instagrams and give everyone a treat! There are loads of examples on the ThreadScreen YouTube channel as well – they’re so clever!

Continue Reading
link to 2020 – A retrospective