On the 200th anniversary of Waterloo it seemed fitting to look at the traditional military embroideries of the time from this portrait of the Duke of Wellington by Thomas Phillips. 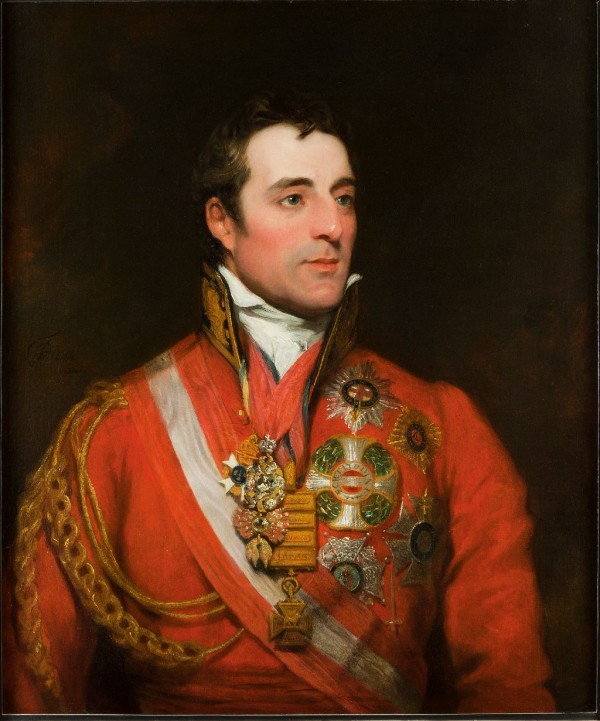 But first, it’s worth noting that Hand & Lock

Hand & Co is the eldest of the two and can trace it’s long history back to 1767, before the battle of Waterloo. Not much is known about the company founder M.Hand besides the fact he was a Huguenot refugee who came to Britain from France and a talented lacemaker who supplied the British royal forces.

48 years after M. Hand arrived in the United Kingdom most of Europe was under Napoleonic rule and the Duke of Wellington was commanding the allied army which together with the Prussian army under Blücher defeated Napoleon at the Battle of Waterloo. 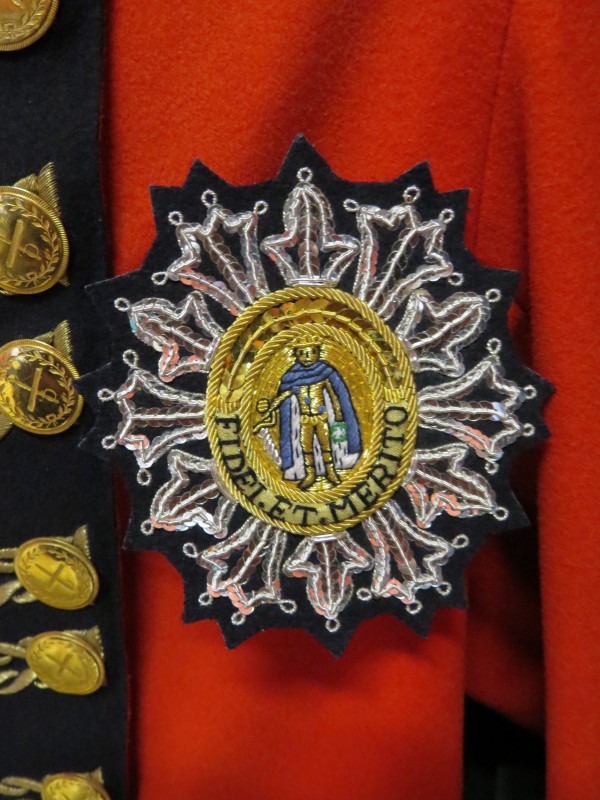 Many of these Orders would have been embroidered by hand in goldwork, a specialism of M. Hand & Co still to this day. These Orders, their historical significance and meaning are still very relevant today and are still made by Hand & Lock for military and ceremonial purposes. Each one is a precious piece of handmade art. 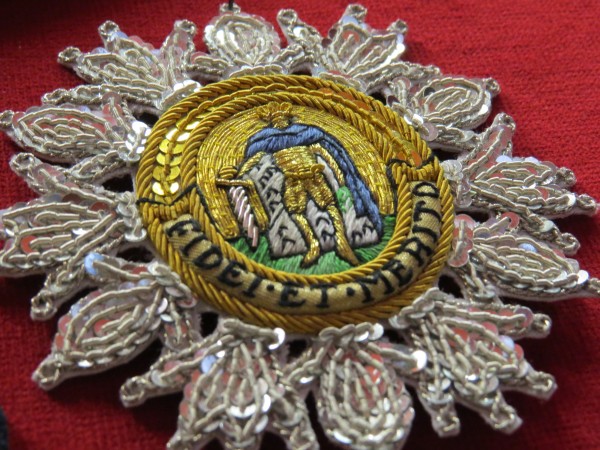 Taking for example the Order of St Ferdinand, a rich design embroidered in 90 silver spangles,  2% gold spangles, 2% gold bullion and gold passing; featuring cloth of gold and a figure rendered in silks. A badge of this detail and with this level of quality materials takes around 20 hours work to complete. The time, precious materials and dedication to precision required to make a finished badge are a testament to the esteem of those awarded such high Orders.

The Duke of Wellington was said to be very proud of his many Orders and wore them with great pride for official portraits and at special occasions throughout his life.  Knowing how he came to earn them and what workmanship went into each one it’s easy to understand why.

have been producing the world’s finest hand embroidery since 1767. They cover a wide range of niche markets from Civilian and Military Regalia through to Ecclesiastical and Couture, specialising in bespoke, individually crafted embroidery.