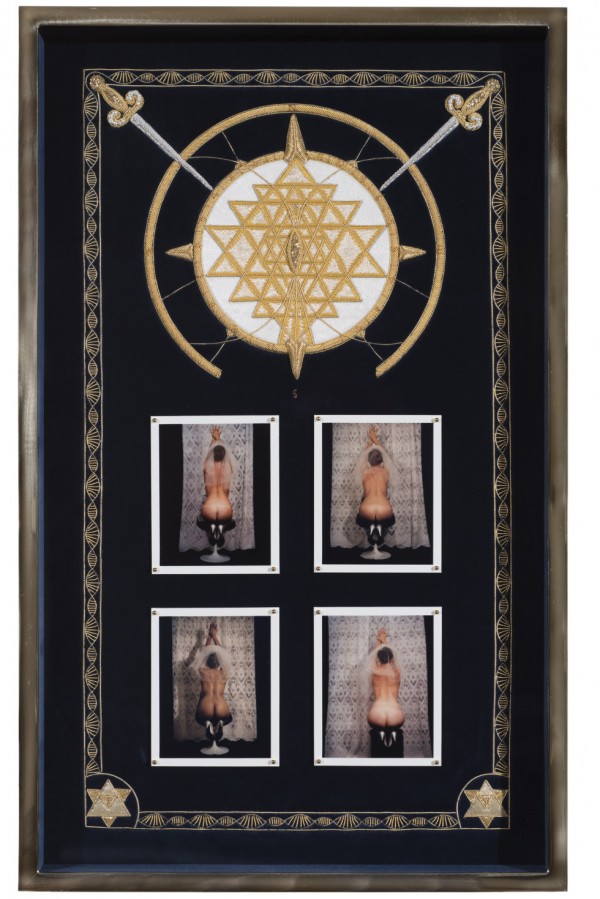 With ‘Hidden Within’ Roddick, inspired by the subversive images, develops his dark vision and explores the concepts of misogyny, shame, sex in religion and the male gaze. Each of her 10 artworks features her own handprinted polaroids, framed by Hand & Lock

’s elaborate and symbolic goldwork embroidery. Roddick’s concept was meticulously worked on by Hand & Lock’s Head of Design Scott Heron and re interpreted in the language of traditional embroidery. 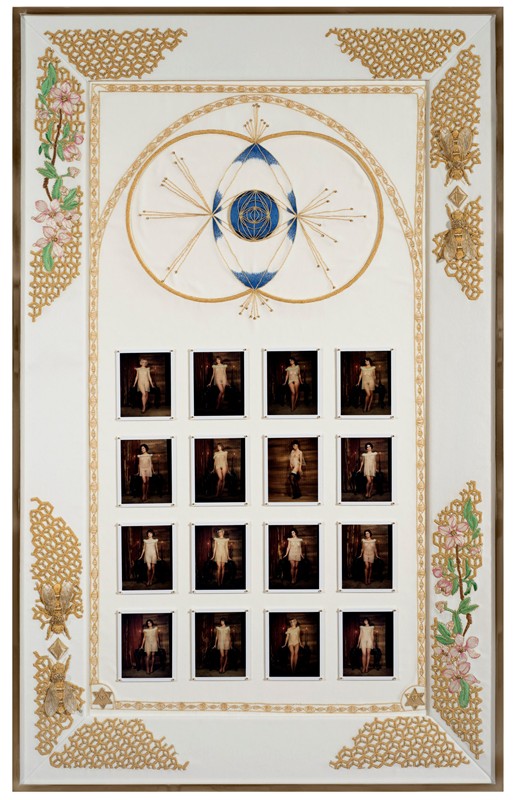 With £4,000 of materials, 50 design hours and 300 workmanship hours the embroidery supports Roddicks vision of sacred geometry and religious entanglement. Symbolic notions include the snake, an ancient aegean symbol of female power, is entwined reminiscent of the DNA helix. A literal DNA Helix also features, expressing the hidden information in every human cell and linking hard science with esoteric ancient philosophy. 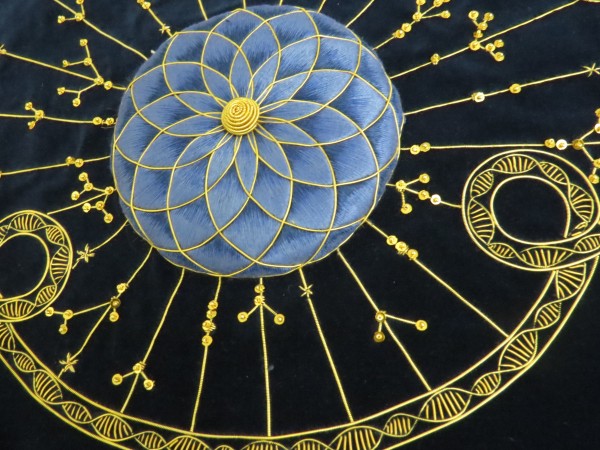 Other symbolic references include a goldwork bee, a winged messenger of the spirit world and signifier of order and civilisation as well as the ‘Golden Ratio’, the ultimate mathematical equation of visual beauty and aesthetic harmony. These symbolic motifs in conversation with the Mollino inspired polaroids speak to the sexual objectification of women throughout our culture. 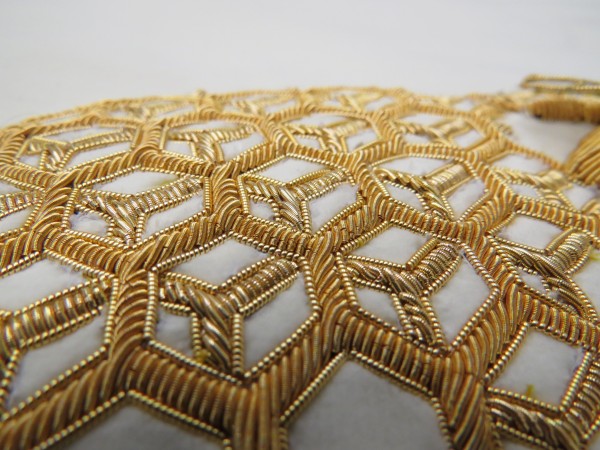 Given Roddick’s desire to set her photography in a strong religious and philosophical context goldwork was the perfect technique. This age old embroidery style is heavy in historic relevance, through ecclesiastical, ceremonial and military applications. Embroiderers, in addition to completing a textile degree, must work a minimum of five years to attain the level of skill required to execute such precision embroidery. Each tiny detail must be meticulously worked on by a patient, consistent and experienced hand. A fundamental understanding of the fabric is vital, as well as a deep respect for the delicate bullions used. 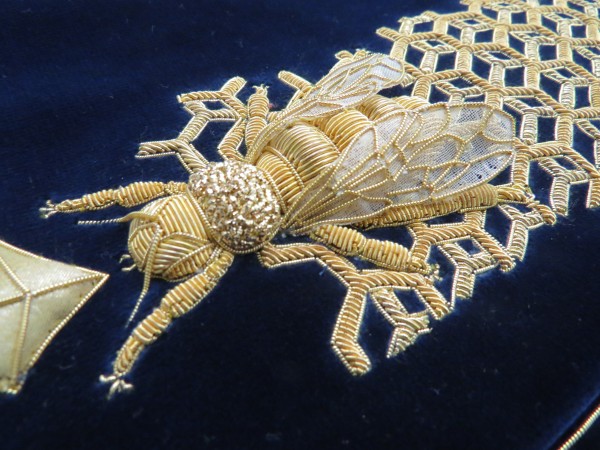 Head of Design Scott Heron has worked on a huge variety of projects over his five year tenure but found the opportunity to work with Sam Roddick fascinating and deeply enriching. He said of his experience, ‘I have always believed that when creative minds can come together this has the potential to manifest innovation of thought, application, design and product. One of the main things that has enriched my design expertise from working with Sam, is having the opportunity to explore and practically articulate theories and philosophies that are steeped in cultural relevance. To take these elements and produce in partnership a resolved body of work that not only aesthetically pleasing, but is imbued with meaning and is cognitively relevant.’ 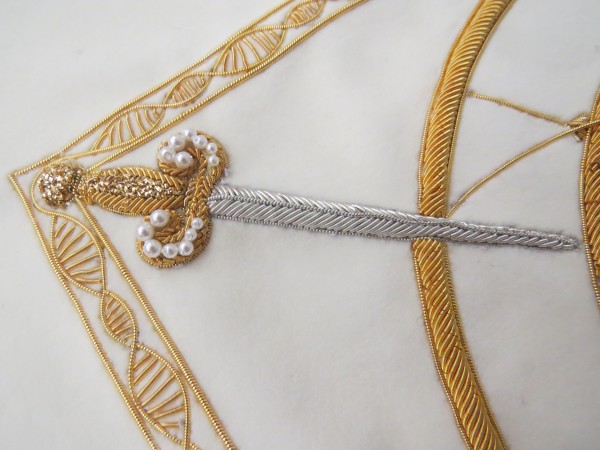 Hand & Lock are London’s oldest embroidery house with 247 years of heritage and tradition. The atelier specialise in the fine art of goldwork and are routinely commissioned by the Royal family, the Royal forces, Britain’s many churches and historic institutions as well as Europe’s top fashion houses.