Hi everybody! Last time we looked at the work of Claes Oldenburg, this time I thought we’d look at the tapestries of Norwegian artist, Hannah Ryggen. 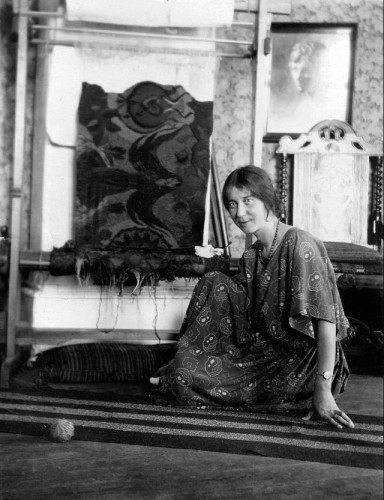 “I am a painter, not a weaver; a painter whose tool is not the brush, but the loom.”-HR

Hannah Ryggen was born on March 21, 1894 in Malmo, Sweden and died Feburary 2nd, 1970 in Trondheim, Norway. Although Swedish born, she spent most of her life in Norway. She studied painting extensively, however it was ultimately Tapestry weaving that became her medium of choice. 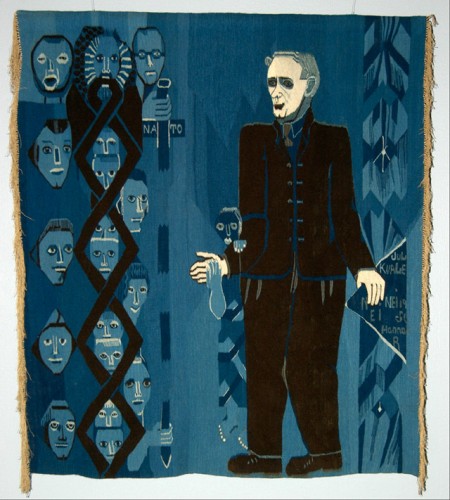 Her tapestries often depicted the harrowing world of WWII, and also served to give voice to her political opinions. She was an anti-fascist, an activist in the Norwegian communist moment, and an early feminist. In the conversation of craftivism and political art in general, Hannah Ryggen’s work must be included.

Click to enlarge. Notice Hitler on the left-hand side 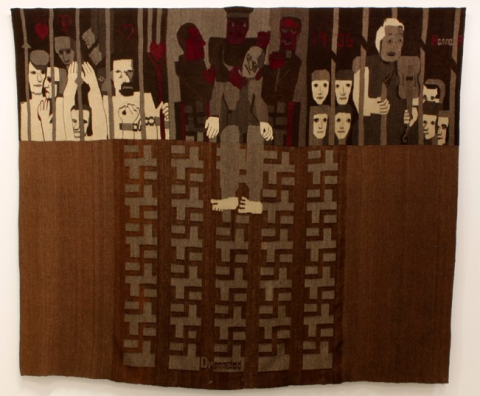 This depicts the imprisonment of 1935 Nobel Peace Prize winer, Carl von Ossietzky. He was outspoken critic of militarism and Nazism. He was arrested and sent to Spandau Prison, and then sent to the concentration camp, KZ Esterwergen. 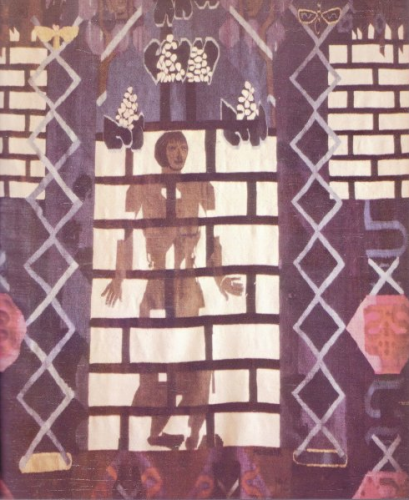 This piece is based on a story Hannah heard about the victims of atomic bombs. She was told that the imprint of the dead could be seen in dust for days after the explosion. 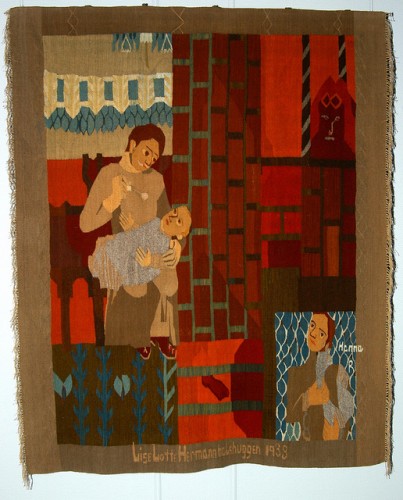 Liselotte Herman was a German Communist resistance fighter during the Third Riech. She was captured and spent 19 months in custody before being beheaded by guillotine in 1938.

Not only is her work uncompromising thematically, but also in its creation. Each piece came completely out of her hands and onto the loom, as she worked consistently without the use of sketches or any other kind of guide. She also carded, spun and dyed the wool used in her weaving. She took great care in the dying process, collecting lichen, bark, roots, and using iron or copper pots to further control colors. Apparently, she even collected urine from male visitors to be fermented and used as a mordant. She refrained from collecting specimens from females because of proteins present that would effect the fermentation. This may sound odd, but urine has been used practically forever in tanning and the preparation of textiles. 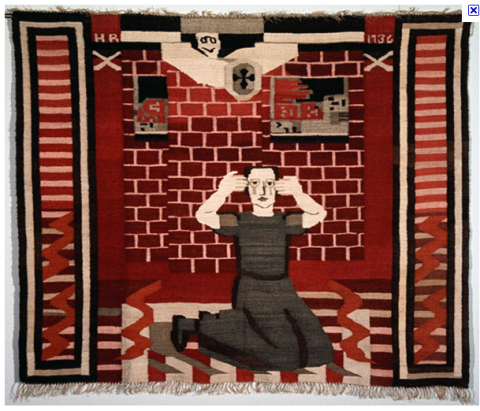 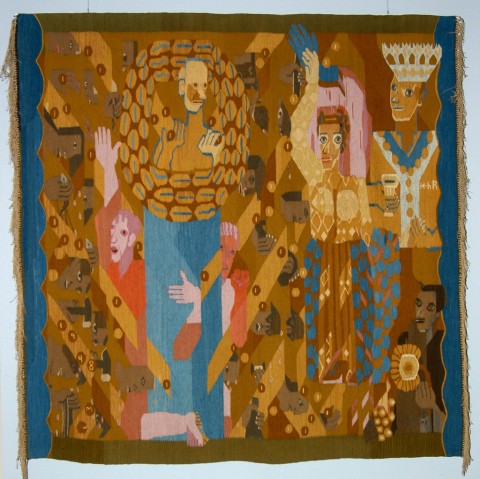 Hannah included a poem she wrote to accompany this piece – ‘The human pattern “ we all are trapped in / some grey figures bend their backs and work while we sleep / some wear medals and stand above us all / hand in hand with their ancestors…’ But there is one figure, on the lower right of the weaving, who is not caught up in the golden band. ‘One of the grey figures stands up and looks at it all. He is as free as one can be.'”

Anyway, sorry to be kind of a downer this time around. It’s grey out, all the things are occupied, and I can’t help but think of Hannah Ryggen.

Penny Nickels is a printmaker that started playing with needles with tremendous effect. She and her husband, Johnny Murder, have been described as the “Bonnie and Clyde of Contemporary Embroidery” and you can discover the power of her creativity at her blog.