Hi everybody! It’s Saturday, and you know what that means – so if you’re ready, get past the eye-blisteringly cute Togepi and you’re in! 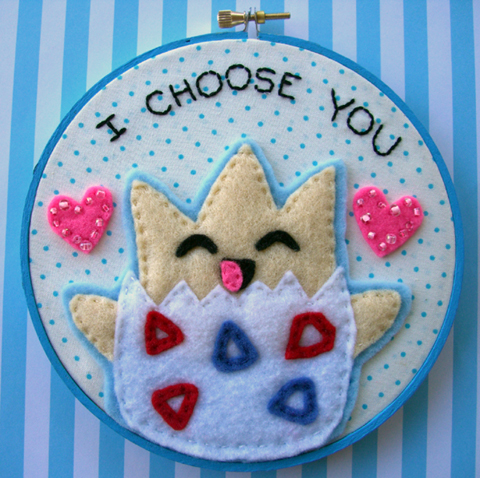 NSFW SATURDAYS WILL CONTAIN CONTENT THAT IS NOT SAFE FOR WORK!

IF YOU READ THESE POSTS, AND ARE OFFENDED, WE’RE SORRY BUT WE DID WARN YOU!

We celebrated the love of Valentine’s Day with the magnificent Julie Jackson and Subversive Cross Stitch. There was a method to our madness as we’re excited to share that this legendary book is being re-released in honour of its tenth anniversary!

To save you time, here’s our handy affiliate links to get your copy on Amazon!

As you’re a reader of NSFW Saturday, I don’t really need to review the book for you, do I? You know you should just get a copy, and you can use our Amazon links at the end of this post if you want.

Instead, I caught up with Julie and fired a few questions at her! 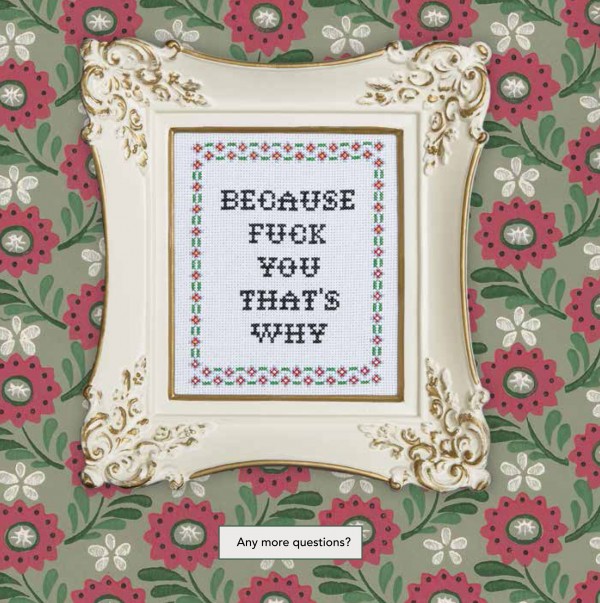 What inspired you to get subversive with cross stitch in the first place? Were there precedents or artists who provoked the idea within you?
“I really hated my job and needed some art therapy. I think what may have inspired me the most was BUST magazine, because people were just starting to do the craft thing a bit. I really liked Sublime Stitching, but wasn’t into doing embroidery, though I eventually hired Jenny Hart to stitch a portrait of our cat. People were just starting to do little online businesses and BUST covered all the best ones. I initially started with a store-bought fancy kit and just stitched “Fuck” in the middle of all the flowers, then I wondered if anyone else was laughing about such an idea as I was. I didn’t set out to start a business, I was really just doing it for fun and to get my friends involved — then it went viral so I had to think fast. There were a couple of people doing things like it, one gave me his blessing and said it had just been a passing hobby he was done with; the other was a Church of Craft group in Canada that had one event called Subversive Cross Stitch. I wasn’t the first, just the one who ran with it. Luck and timing, and about 12 years of hard work later…” 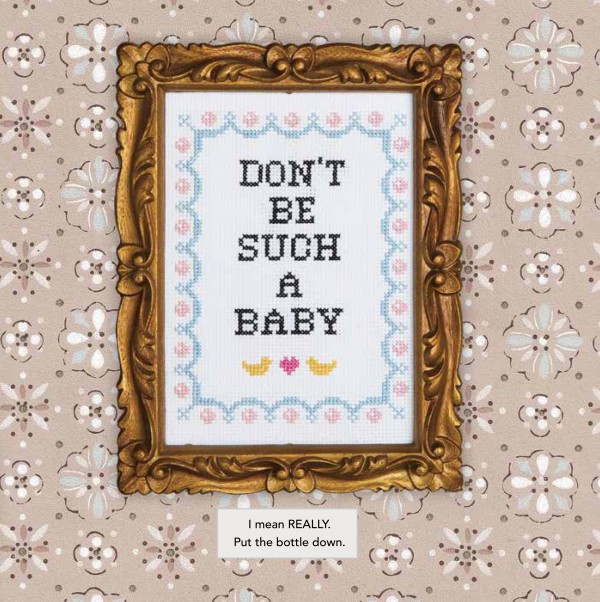 It’s been ten years (correct me if I’m wrong) since you first published SCS – how does it feel to have created something that’s had such a profound effect on the world of embroidery?
“Mostly, I don’t realize the impact because I’m still just working from home and creating in a vacuum. It’s only when someone reminds me of it that I freak out. But there was Dame Judi Dench stitching curse words for directors before me and I think there has always been someone with the idea as described in “The Subversive Stitch”. My old copy of that book is notated to pieces, I felt like I found my people when I read it. People have always been subversive in one way or another. The sneakier the better.” 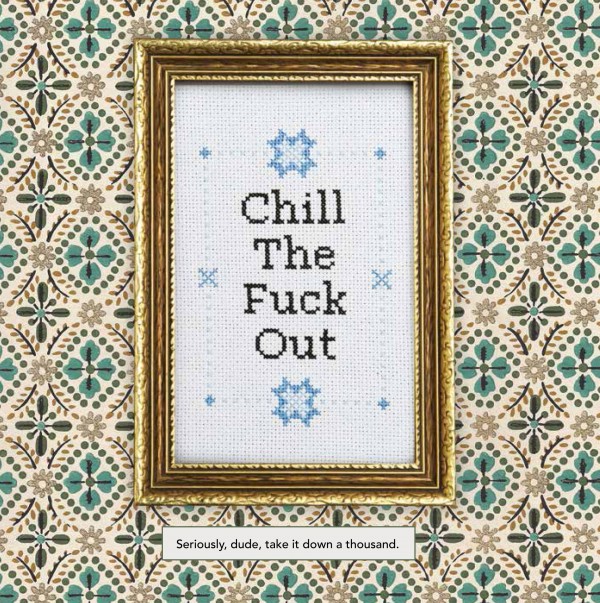 If I said you had a beautiful body, would you hold it against me?
“It’s a good thing you live an ocean away, you big hunk.”

There will be more from Julie in the next NSFW Saturday so tune in for more questions and more sweary stitching! In the meantime, why not grab your copy of this book, while stocks last?!

NSFW Saturdays are brought to you in association with Subversive Cross Stitch, the original snarky stitching site!