I discovered textile artist Karen Rogers’ work at the Knitting & Stitching show.  I was intrigued by her work and sought to find out more. 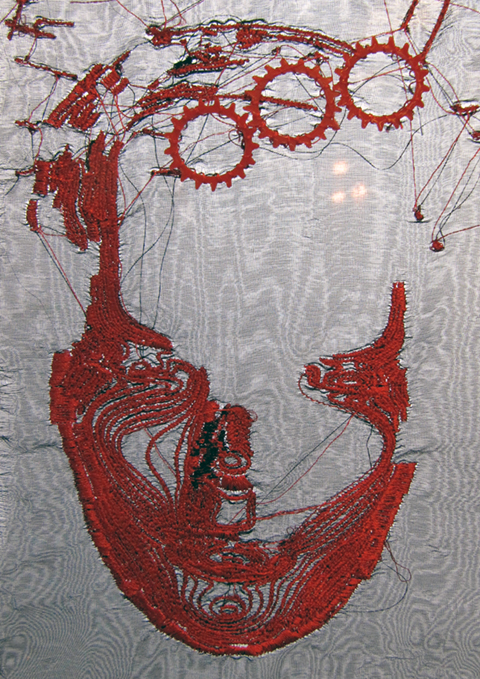 “Most people are aware of the Six Degrees of Separation theory, which contends that everyone on the planet is socially connected by chains of acquaintance consisting of six individuals. What they may not be aware of is the existence of a new science — Network Science.

“The purpose of my work is to portray how closely connected we are to each other via the Worldwide Web, and how the internet is in reality, the biggest brain in the world.   Viruses can spread on computer networks without human interference. Human beings and computers are even beginning to merge in a physical way. Doctors are already implanting devices into the human body that connect to computers. Events that were predicted in science fiction films made decades ago are becoming true. It is exciting to imagine where this kind of experimentation will eventually take mankind, but it is also incredibly frightening. 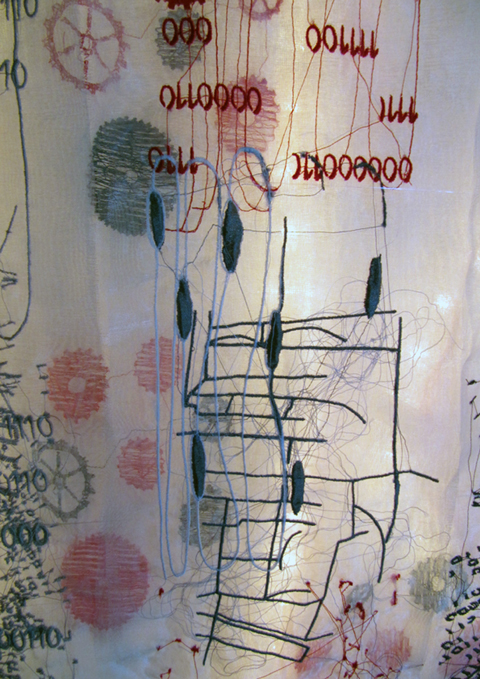 “The arrival of the worldwide web, which joined all the computer systems in the world, led to an increased risk of virus infection. It was realised that viruses could ‘replicate and transmit themselves in large numbers from machine to machine without being activated by a user.  In other words computers form their own networks independently of people; they spontaneously make their own version of order out of chaos, with dangerous and sinister results for mankind.

“A computer server distributes files amongst users. It sends data from computer to computer, person to person contained in small data packets. My work describes these data packets and their contents.” 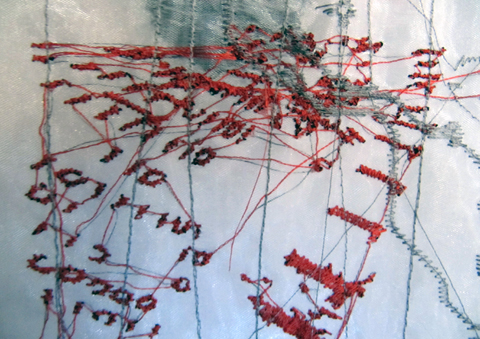 I found Karen’s work quite engaging. Her large machine embroidered panels are a perfect medium for exploring the unseen world of data transfer. The trailing threads between data packets illustrate the connections that form the network of communication that we all rely on. Each panel is filled with detail and embellished with pieces that reflect the physical infrastructure underpinning the networks. I’m interested to see where this exploration goes. 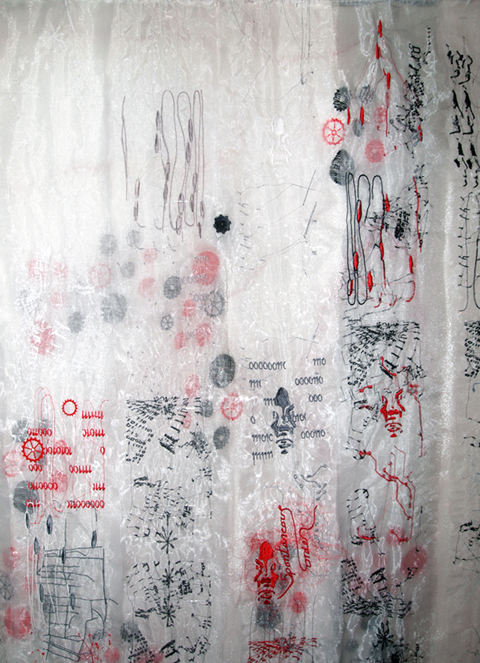 Karen will be exhibiting her work at the Knitting & Stitching shows in Dublin and Harrogate. Visit Twisted Thread

for details of the shows.

, the inspirational stitched art blog from the legendary Jenny Hart.