Artist Lou Gardiner has been commissioned to create a giant painted and embroidered quilt as part of Liberty’s 140th anniversary celebrations – and will join it in the window as part of a living display. The quilt will be exhibited in the Liberty store for a further 11 months to celebrate this iconic store’s history. 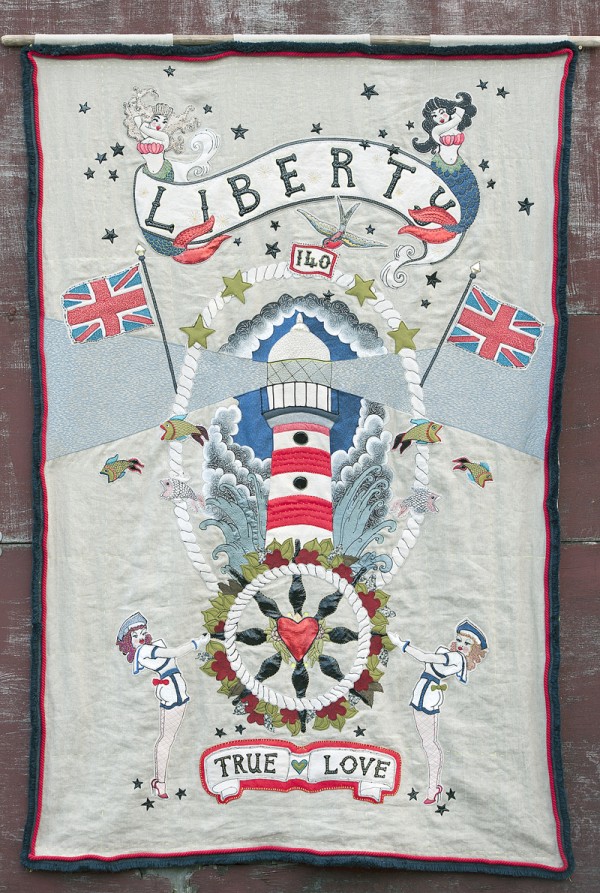 The quilt, titled ‘The Liberty Lighthouse of Love’, takes Victorian maritime tattoos as its theme, inspired by the fact that the famous Tudor-style department store was built using timbers from two naval ships, HMS Impregnable and HMS Hindustan. It depicts a stylised red and white lighthouse beaming out over stormy seas set within a rope frame. Beneath is a ship’s wheel surrounded by old English roses and steered by two busty babes reminiscent of the female figures sailors had tattooed on their arms. Above is a decorative scroll worked with the name Liberty and supported by two glamorous pouting mermaids, while other motifs include swallows, stars and union jacks. 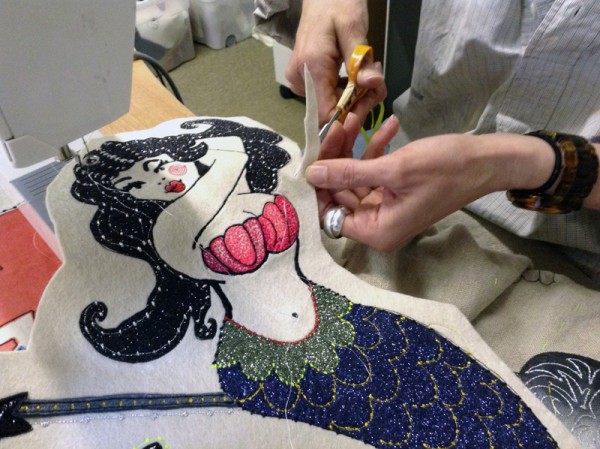 Gardiner spent some time researching historical maritime tattoos and was attracted to their subversive, faintly cheeky nature. To reflect this she has used the strong reds, blues and blacks associated with traditional tattoos, but has also added brighter colours such as neon, gold and metallic and has placed the central lighthouse in frame of high-visibility fabric which will glow in the dark. ‘I have loved this challenge and it has been a great opportunity to prove that embroidery is a sexy, modern and beautiful medium’, she explains.  Laura Greig from Liberty, who liaised with Lou said “Everybody is blown away by Lou’s maritime quilt. We are so excited to have it in the window and on display in the shop for our special Birthday celebrations.” 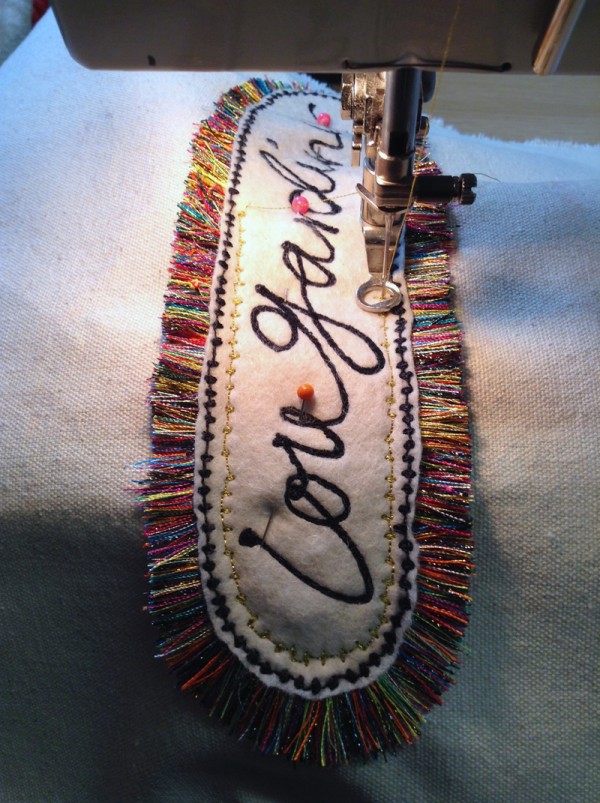 The quilt measures 1.6 m x 2.3 m and is the largest single piece Gardiner has ever made.  The making process was highly time consuming and involved machine embroidering a full scale drawing of the design onto the linen ground using a domestic sewing machine.  Next the embroidered outlines were worked up using a combination of appliqué, paint, ink and further embroidery to create a multi-layered, textured piece.  However in spite of the complexity of the work, Gardiner created it in an astonishing 20 days due to tight deadlines – both an extraordinary technical and artistic achievement. 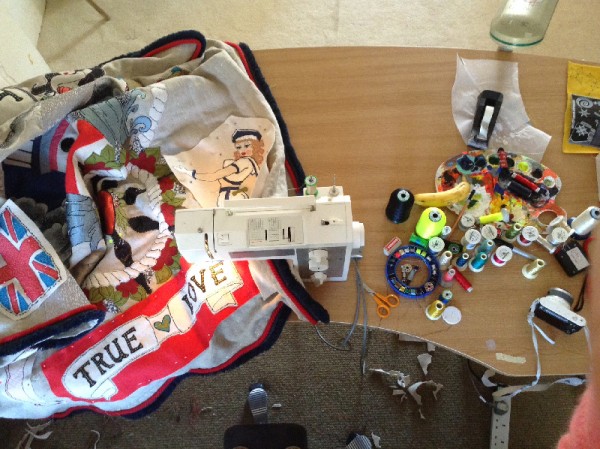 Louise Gardiner ‘s previous commissions include ‘You Blow Me Away’, a set of five embroidered panels commissioned for the Crafts Council for Collect at the Saatchi Gallery in 2012;   2 large framed art works for the Royal Oldham Hospital in Manchester and the ‘Licky Lips Genie’,  a previous commission for Liberty made in 2010. She also works for private clients, speaks nationwide and produces a line of luxury silk scarves, cushions and quilts all deriving from her one-off embroidered works. 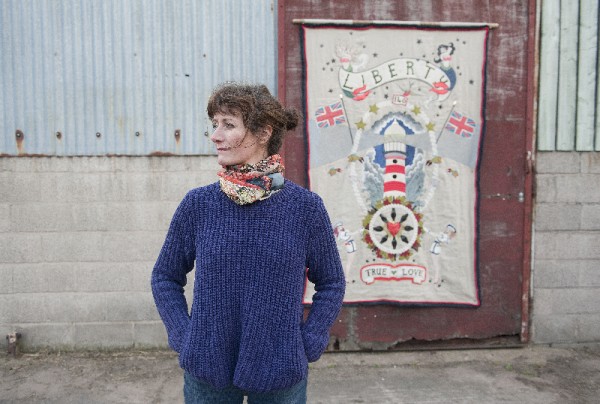 For more info about this terrific quilt, read the Liberty interview with Lou here.