For a while now we’ve been getting feedback from you all on what columns were your favourites – this one came out tops, so we’ve treated you to another look at it!  From now on read this column every last Friday of the month!  Lets enjoy the world of Erich Campbell….

It’s time for another new Mr X Stitch column and we’re delighted to have Erich Campbell from Black Duck Inc.

joining the Mr X Stitch family. Erich’s specialism is digitized embroidery and he’s got a wealth of experience and opinion on the subject. Ghost in the Embroidery Machine will introduce you to the world of commercial machine embroidery, as well as giving you wisdom that can help you get to grips with your own digitizing! It’s gonna be really interesting! 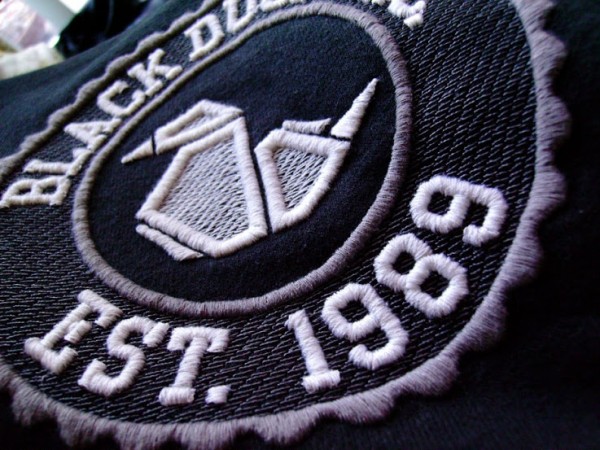 We thought we’d pick Erich’s brains so that you can come to know and love him like we do.

How long have you been involved in the world of stitch?

I’ve been a commercial embroidery digitizer since the year 2000; while at university I was living a double life running commercial embroidery machines. My shop had a digitizing system that nobody felt competent to try, and I threw the dice and asked my employer for a chance to learn the system- I had to control those great loud machines- I had to make my own embroideries. Within weeks, I was the primary creator of our designs, and I was full time, full volume within about 3 months. I benefited greatly form the fact that my mother was a seamstress when I was young- I didn’t stitch then, but I did understand fabric and thread well enough, and my own hobby in playing with early computer graphics software as a kid didn’t hurt.

What is your favourite thing about stitchery?

The ability to create real, physical objects through digital control (and with the internet, sending those artistic choices and commands to other machines worldwide) was what got me started with machine embroidery, but within my first weeks, and throughout my career, I’ve realized that when you are creating apparel, you make things that are very intimate and personal to people. Embroidery becomes a conversation about how people define and express their identities and their affiliations. They wear their pride, their history, their personality sometimes literally on their sleeves, and I get to be the person who helps the communicate all that. Sometimes it’s very powerful. Other times I make a bowling shirt with an anthropomorphic sandwich chasing a frightened bowling pin. It’s all part of the job. 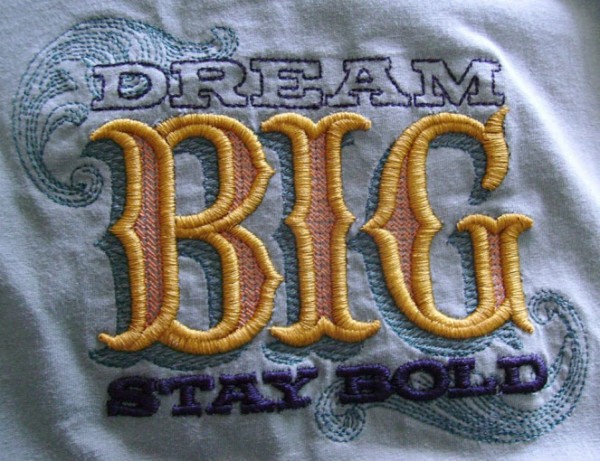 What do you make of the modern craft scene?

The democratization of the means of craft production is incredible. Never before have we had so many tools, so readily available, and so much opportunity ot express ourselves. The balance between mechanization and hand craft, and the realization that they are not only not mutually exclusive, but that they can go hand in hand is fantastic. The day I saw your graffiti-inspired stitchwork and the modern works of your contributors, I became extremely excited at the prospect of remixing my work with my own (often arcane) interests, and of finding like minded fiber-artists and crafters who enjoy the same.

Do you have any unusual talents we might not know about?

Though I talk about it fairly frequently, some might be surprised to know that my education has nothing whatsoever to do with the visual arts. I have a degree, though ostensibly in English, that focused heavily on medieval studies. Think studying Beowulf in the original Old English and you are on the right track, though my heart is with early medieval Scandinavia- so much so that I spent a summer in Iceland learning modern Icelandic when there wasn’t a chance to get into the medieval track, pretty much just so I could be there. Also, though I’m quite rusty these days, I used to be a pretty proficient player of the somewhat obscure American folk instrument known as the Mountain Dulcimer- enough to have done a little gigging and played on at least one stage jam. 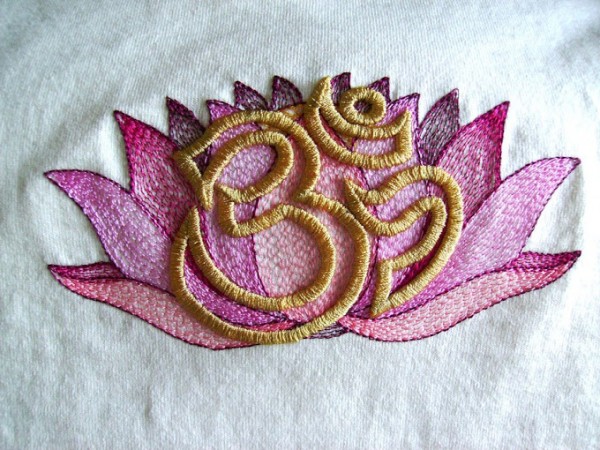 We’re looking forward to seeing what Erich will share with us, so be sure to check out Ghost in the Embroidery Machine next month! 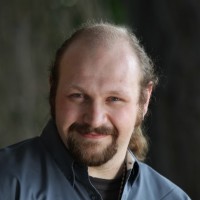 Erich Campbell is an award-winning machine embroidery digitizer and designer, online company store creator and manager, and a decorated apparel industry expert, frequently contributing articles and interviews to embroidery industry magazines such as Stitches and Printwear as well as a host of blogs, social media groups, and other industry resources.
Erich is an evangelist for the craft, a stitch-obsessed embroidery believer, and firmly holds to constant, lifelong learning and the free exchange of technique and experience through conversations with his fellow stitch-workers.