Paul Nosa is an artist from Tucson, Arizona. 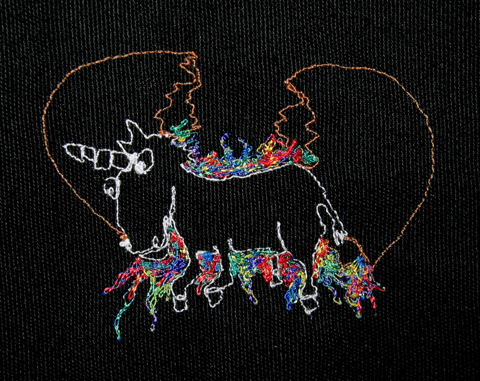 “I draw with a sewing machine without a computer or template. I’ve made a portable sewing table powered by a solar panel or a bicycle electric generator. 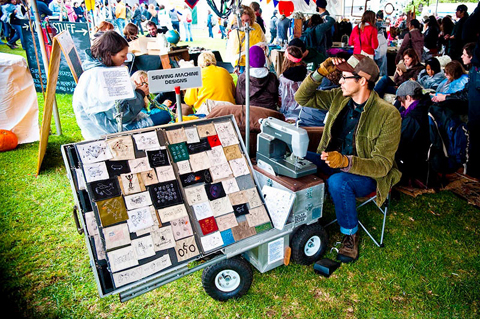 “I ask people to imagine a scenario; to say it in 5-words-or-less, and I sew a patch for them on the spot. People can ride the bicycle and generate the electricity for their own patch. 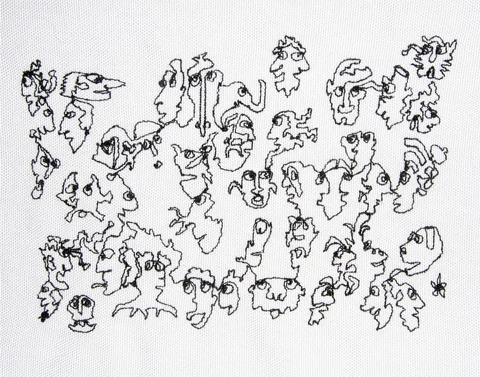 “My goal is to inspire people’s creativity and to demonstrate alternative energy sources.” 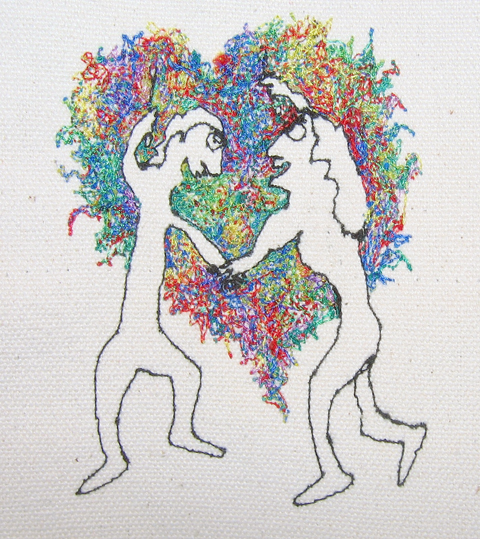 Paul’s approach to stitching is so cool. It’s really raw and instant. It’s improvisational and I think it’s fantastic. 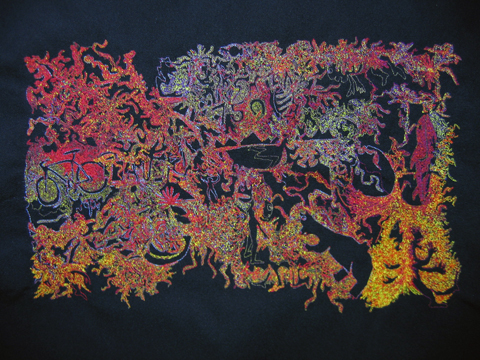 Not only does Paul innovate with the pedal powered sewing machine, the speed and response to people’s ideas is unlike anything I’ve seen thus far. It’s freestyle hip-hop with a needle and thread. It’s hella cool. 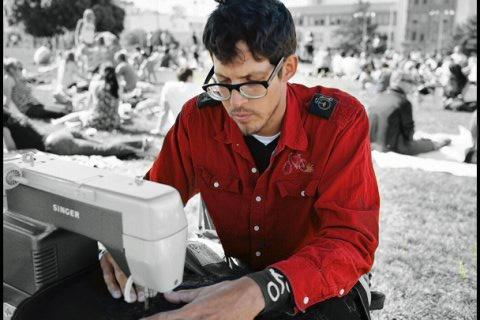 Find out more about Paul at his website, and be slightly astonished at all the other strings to his bow.

Continue Reading
link to 2020 – A retrospective