is an interdisciplinary artist from San Diego California. 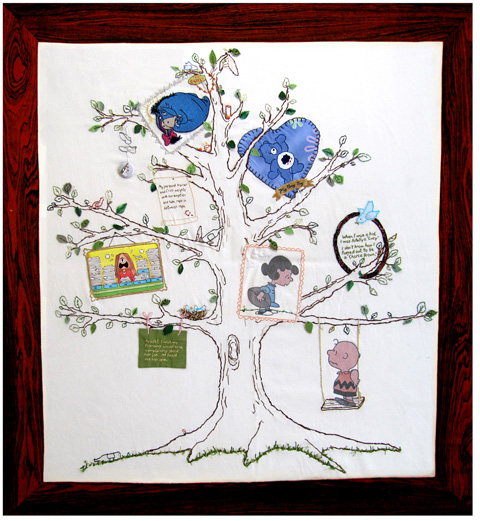 Shawnee “uses humor, humility, and her art practice to cope with being unemployed during the worst economic downturn the United States has seen in sixty years. 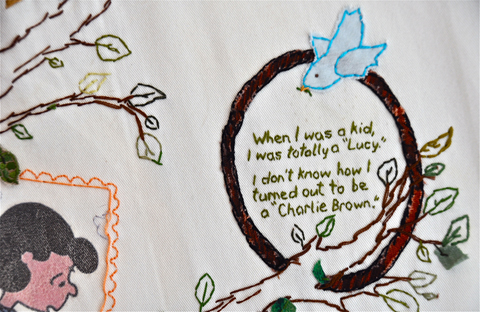 “Using hand-embroidery, a labor-intensive media that references both the excess time she now has and a craft stereotypically associated with housewives, she addresses subjects related to her unemployment such as job titles, depression, the economy, and time mismanagement. 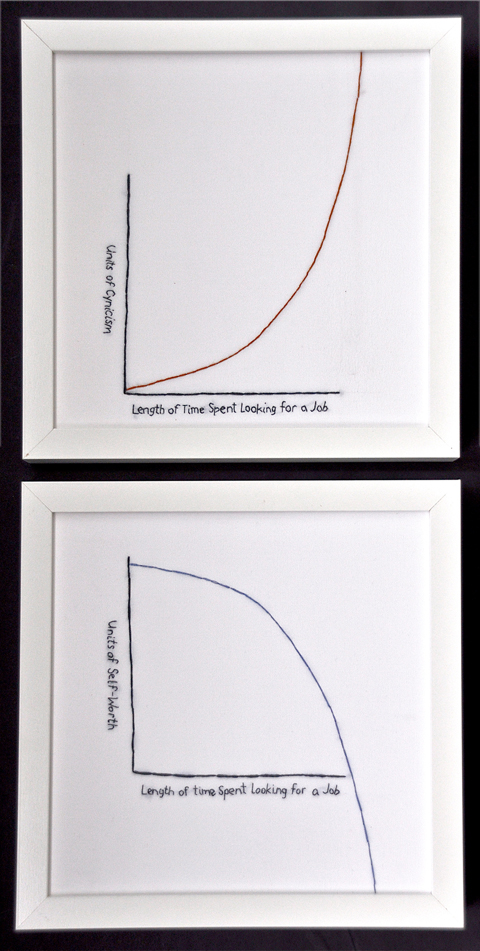 “Many Americans place importance on introspection, self-revelation, and creating a self-image to portray to the world. Our enthusiasm for therapists, talk shows, and emotion-regulating medications are all examples of individuals trying to better understand and live with themselves and others. 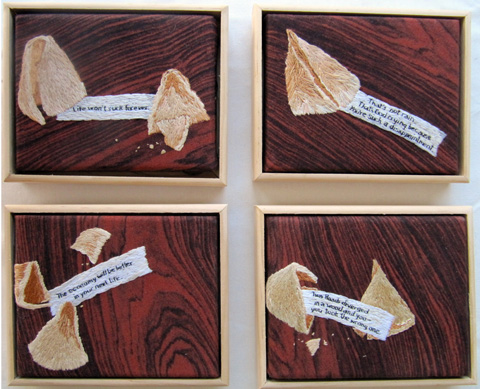 “My work is a manifestation of my own complex relationship with introspection, and the creation of a personal identity. While openly trying to better understand my world, I also use satire to explore sociological concerns such as dislocation, relationship and group dynamics, class issues, and the ways in which we make connections and communicate with each other.” 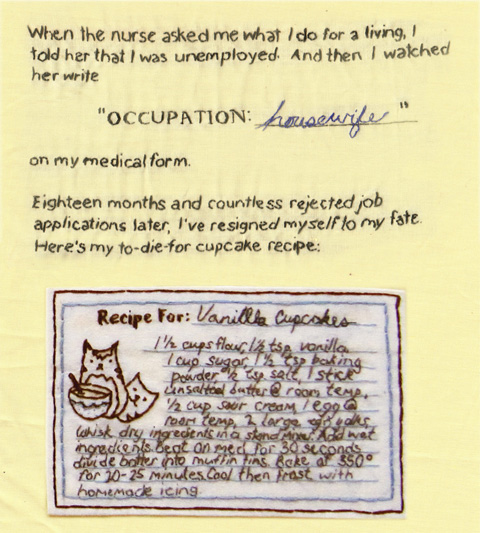 It’s really interesting work. Shawnee uses embroidery as a form of therapy and processes her situation with skill and humour. It’s great to see needle and thread replacing pen and ink in such honest ways. 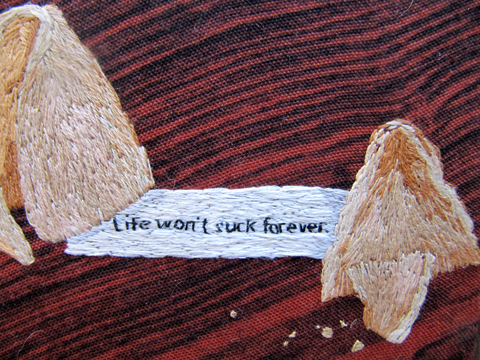 Visit Shawnee’s website to realise that her embroidery is only one part of her artistic output. Go and give her some love. 🙂