) is an embroidery artist from Kansas City, Missouri. She is currently embarked on an amazing project which comes in two main parts. I shall let Victoria do the explaining… 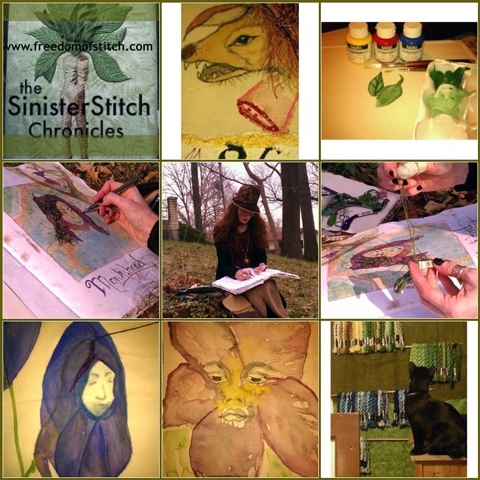 “The Man- and WoMandrake will make their debut October 6-8 2011 in the Missouri Fiber Artists Exhibit: Speaking of Fibers. They’ll also anchor the 2 day workshop “Fiber Artist’s Grimoire: Creating a Mixed Media Embroidered Sketchbook” hosted at the St Louis Artist’s Guild October 6-8 2011. The entire exhibit will make its debut in Kansas City, MO, on Halloween weekend 2011 thus leveraging its momentum to rally the creative community around the unlikely art of embroidery and wrapping the project.

include the web-casts beginning July 2011 that detail creating the exhibit and the documentary film project (scheduled for release in December 2011). 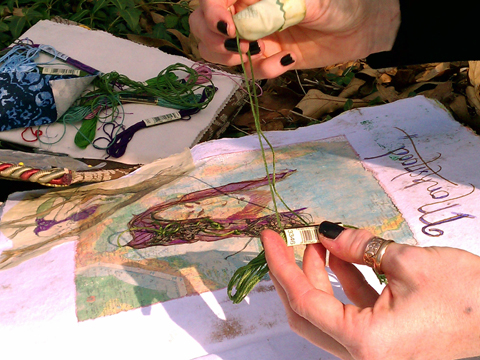 “As a whole, the Chronicles present an intimate look at the conception, development, and completion of the Sinister Stitch Exhibit, following the journeys of conceiving each piece, then manifesting and delivering the work. Importantly, the story examines the life stresses of manifesting creativity amidst some of life’s cruellest challenges (including candid discussions of how the Sinisters as a focal object were crucial in my 2010 battle against kidney cancer).” 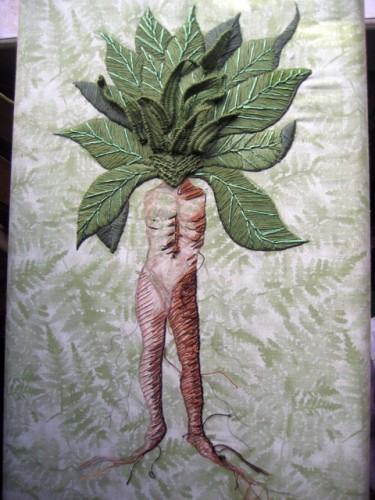 It’s a large project and even Victoria seems surprised with the growth of the idea. At the time of writing, Victoria has published two Chronicles, which are available on her YouTube channel

. Combining personal story with art discourse, the videos do a great job of bringing you into the project, and you can’t help but admire Victoria’s enthusiasm and passion for the subject. 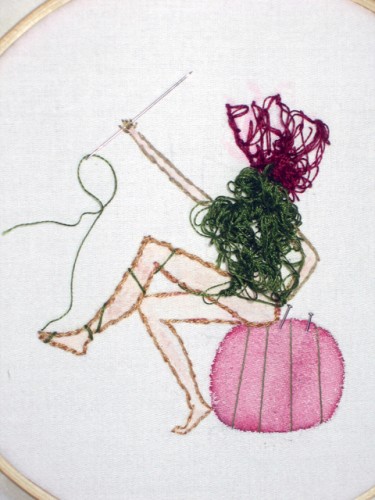 The Sinister Stitch Chronicles is an interesting project that makes great use of social media to add extra narrative to Victoria’s creative process. It’s a smart move that will ultimately lead to a much stronger connection between the finished pieces and the artistic process. I am curious to find out what will happen next!Please take the time to watch Victoria’s Kickstarter video, as well as the Chronicles

. Your backing could help Victoria’s project continue to flourish.—–

The Cutting & Stitching Edge is brought to you in association with my new book! 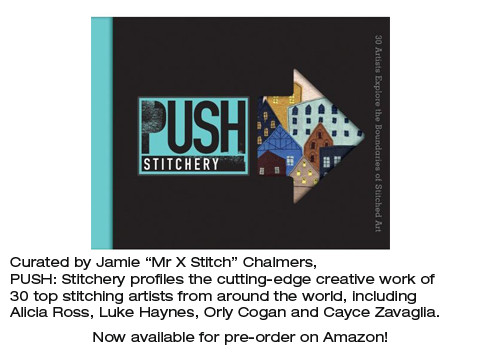